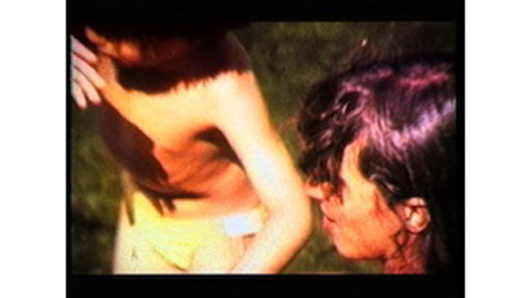 The Bathers Series is a series of short films initially inspired by The Bathers painting studies by Paul Cezanne. From the original idea the series developed as would a painting series or a musical symphony with different movements. Each ‘movement’ concentrates on a specific theme using a particular subject and aesthetic process. – M.M.
I. Les Baigneurs
“Shot in Italy, the film captures fragments of a summer’s afternoon; recorded, degraded and fixed. A series of instances transformed; Les Baigneurs is a simple almost painterly piece which uses the video medium to exercise shifts in colour and pace on original Super-8. The effect is impressionistic and trancelike.” – Performance Magazine