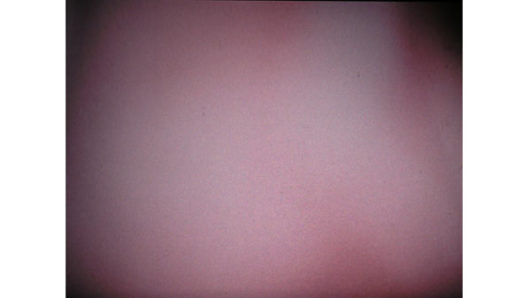 This starts a whole new direction (I think)… for me (at least), and I’m not even sure if its title is Roman Numeral One or I. – S.B.
Roman Numerals is a series of films which would ordinarily be called ‘abstract’, ‘non-objective’, ‘non-representational’, etc. I cannot tolerate any of those terms and, infact, had to struggle against all such historical concepts to proceed with my work. Midst creative process, the sound ‘imagnostic’ kept ringing in my ears. It seems to be an enjambment of Latin and Greek , but Charlton T. Lewis’ Elementary Latin Dictionary gives me (via Guy Davenport): ‘image’…Sanscrit=ALC=’like’, GNOSIS ‘knowledge’, GNOSTIC = AGNOSCO=’to recognise/to know’ and the happier IMAGINOSUS ‘full of fancies’/’fantasies’, illustrated by Catullus’ singular use (perhaps creation of the term?) in the line ‘his mind solidly filled with the fancies of a girl’. Even though exhausted by this etymological pursuit, and despite my prejudice against taking on ‘foreign airs’ of tongue, ‘Imagnostic’ keeps singing in my head and escaping my lips in conversation. – S.B.