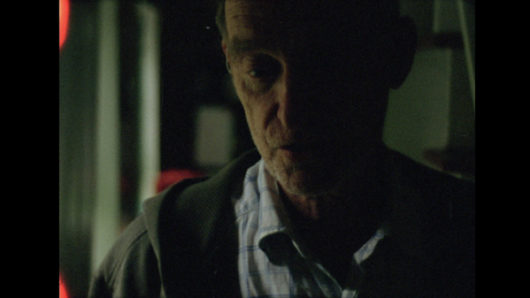 “For Christian was filmed during a residency I had at Dartmouth College, New England, in spring 2013. Through Larry Polanski in the electronic music department I met the composer Christian Wolff, who had taught comparative literature at Dartmouth until 1999. For Christian features short extracts from a longer interview which covered a variety of his compositional strategies from writing text scores for non-musicians to indeterminacy, cueing and his turn in the 1970’s to writing pieces with a consciously progressive content. A week or so later I travelled out to his farm in Vermont which he runs with his wife and son and filmed my impressions there. The film is bookended by two of his dedication pieces – one for Alvin Lucier and the other for David Tudor. (LF)