The major and most persistent literary influence on Dwoskin’s work was Samuel Beckett, whose novel Malone Dies (1951/1956) he unofficially adapted as the 52-minute video Another Time (2002). Dwoskin shared with Beckett several themes and motifs relating to the body, which he developed from his own perspective as a disabled artist. These include: the fragmentation of the precarious body; the encounter between that body and the mind, and between the rational and irrational mind; the estrangement of ‘everyday’ reality and experience of time, the bleeding of interior and exterior space, indeed the erasure of boundaries between reality, memory, dream, and desire or fantasy; the equivalence or hybridisation of human, animal and object; the interplay between words-as-sound and silence.

The most Beckettian of Dwoskin’s early works are probably Soliloquy (1967), wherein an anguished woman in a confined space harries her body while another actress narrates her broken monologue; Dyn Amo (1972), where one of four strippers in a Soho fleapit is subjected to torture by a group of suited men; and Girl (1972) where the same actress stands alone and naked in a shabby room, subjected to the punishing surveillance of the camera. Though there is no record of the pair ever met, direct connections between Dwoskin and Beckett are the fact that the lead actresses in Dyn Amo and Girl, Linda Marlowe and Jenny Runacre, had previously starred in Kenneth Tynan’s notorious revue Oh! Calcutta!, (1969–70), for which Beckett was commissioned to write Breath as a prologue; and both had a fruitful relationship in the 1970s and early 1980s with West German public television broadcaster ZDF, who were very open to funding and disseminating experimental film and recorded theatre.

In one way, Dwoskin’s interest in Beckett was typical of his generation, and part of his broader interest in European modernism. Figures such as Beckett and another Dwoskin hero, Antonin Artaud, were being championed by those associated with Neo-Dada and the Beat Generation, many of whom Dwoskin was taught by or knew personally. As dissatisfaction with the repressive affluence of Eisenhower’s American began to rumble in the late 1950s, first expressed in the critical Hollywood melodramas of Douglas Sirk, Nicholas Ray and Samuel Fuller, vanguard presses such as City Lights and Grove began publishing darker, brutal and more transgressive literature from Europe. Grove published Malone Dies in 1957, when Dwoskin was an 18-year-old student of printmaking at Pratt Graphic Arts Center in New York. Dwoskin would go on to have a long relationship with one of the more innovative small presses that flourished thereafter, The Smith, founded by his lifelong friend, the poet Harry Smith. The energies embodied in such ‘underground’ literary activity would eventually be released in the 1960s counterculture to which Dwoskin would contribute, both in New York and London.

Whether or not Dwoskin read him at that time, it was the work of Beckett that had the deepest and most persistent impact, in terms of both style and content. Beckett’s rhetoric of statement, qualification, revision, digression, and retraction finds its equivalent in the arhythmic editing of Dwoskin’s films, wherein the view of the subject (usually a woman) is complicated and distorted by frequent reframing, punishing long takes, disorienting montages, slow motion and abrasive soundtracks. Both preferred open-ended, repetitive, hypnotic narrative structures, often based on works of classical music. Both contrasted private desire and play with public performance and ritual. Each used light, darkness, gesture and sound to shape and give metaphorical heft to their theatrical or cinematic images. On an ethical level, both were concerned with how the self was perceived by others, how that perception could distort and even maim the self, how a voice could be silenced or could silence itself, how boundaries could be collapsed or erased and bodies made fluid, and how the imaginative self could challenge an oppressive reality.

Both artists gave voice or image to solitary, destitute, suffering, abject, mentally or physically ‘ruined’ figures in confined spaces; depicted mercurial memory made even more unreliable by technologies of reproduction such as film, and complicated by hauntings from the past, by the return of the repressed; presented random violence, torture and power struggle; excavated popular forms and clichés, in particular silent slapstick comedy; and dramatized narratives of blasted childhood and lost love. There may have been particular resonance in Malone Dies for the Jewish Dwoskin in the dubious figure of Jackson the ‘Israelite’.

Several Beckett works feature bodies as ‘broken machines’, disabled or otherwise physically incapacitated, using mobility aids; dying or even dead, physically constrained, confined to hospitals or hospital-like spaces, made homeless or otherwise indigent. Although it infuriated Dwoskin when lazy critics ascribed his film style to his disability, his work is populated by such bodies, sometimes performed by himself, but often (again like Beckett) transferred to his female protagonists. Beckett himself was tormented by mental illness and physical disability, from debilitating depression in his twenties to the Dupuytren’s contracture and Parkinson’s disease in his later years.

Where many critics have seen Malone Dies and the trilogy of which it forms the middle part as ‘terminal’, Dwoskin is essentially an optimistic reader of Beckett. Malone is all mind, body and voice, while the unnamed protagonist of Another Time—easy to conflate with Dwoskin himself as it is filmed in his house, and features identifiable artefacts from his life—is mute and disembodied, his immobile body replaced by a mobile, curious camera, alert to the slightest movement and sound (a less malevolent version of the subject camera used in Beckett’s one cinematic foray, Film [1965]). Malone claims to be preparing for death, yet nothing from his memory, imagination or surroundings escapes his notice; likewise, the unnamed consciousness in Another Time rages through Dwoskin’s camera-eye against immobility, and is hungry for elusive life and remote nature. Although the above account implies that they only shared elective negativities (declining body, failing mind, confinement), Dwoskin in Another Time aligns with the almost optimistic view of Beckett proposed by Salman Rushdie:

these books [the trilogy that includes Malone Dies], whose ostensible subject is death, are in fact books about life, the lifelong battle of life against its shadow, life shown near the battle’s end, bearing its lifetime of scars, but life, nevertheless, remembered, putrid, unimportant life, than which nothing matters more.

Darragh O’Donoghue works at Tate Library and Archive. He has written for ARC, The Irish Journal of French Studies, Radio Journal and Senses of Cinema, and is a contributing writer for Cineaste. He won the Crookshank-Glin Prize for best dissertation, M.Phil. in Irish Art History, Trinity College Dublin (2012) and the inaugural Pete Walsh Critical Writing Award, Irish Film Institute (2014). O’Donoghue is currently undertaking doctoral research in the Stephen Dwoskin Archive, University of Reading. 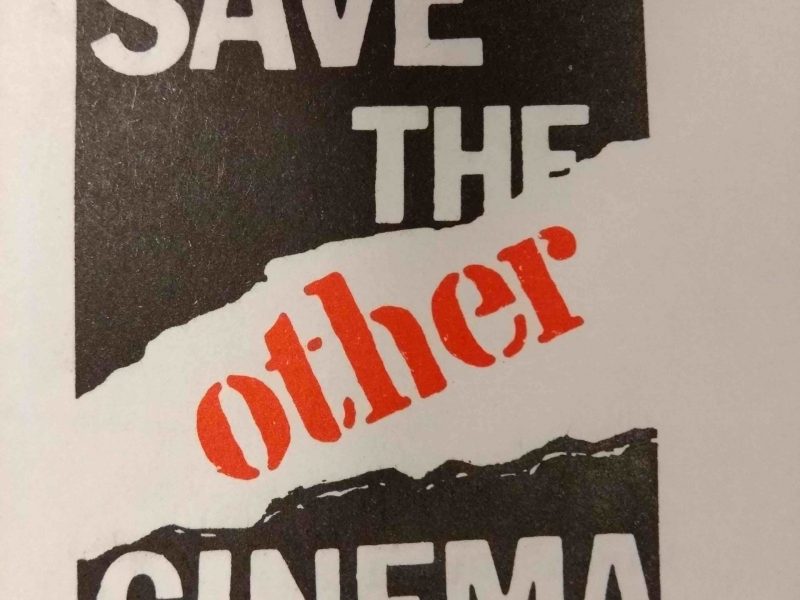 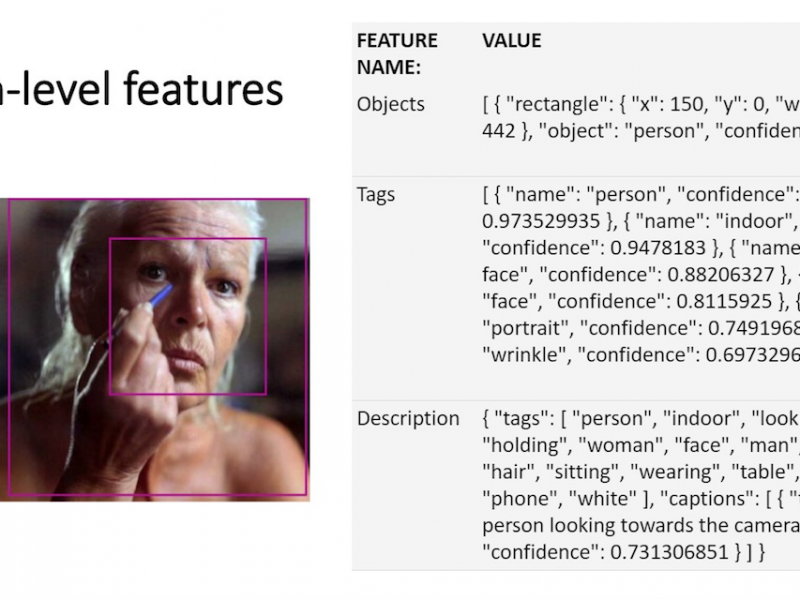 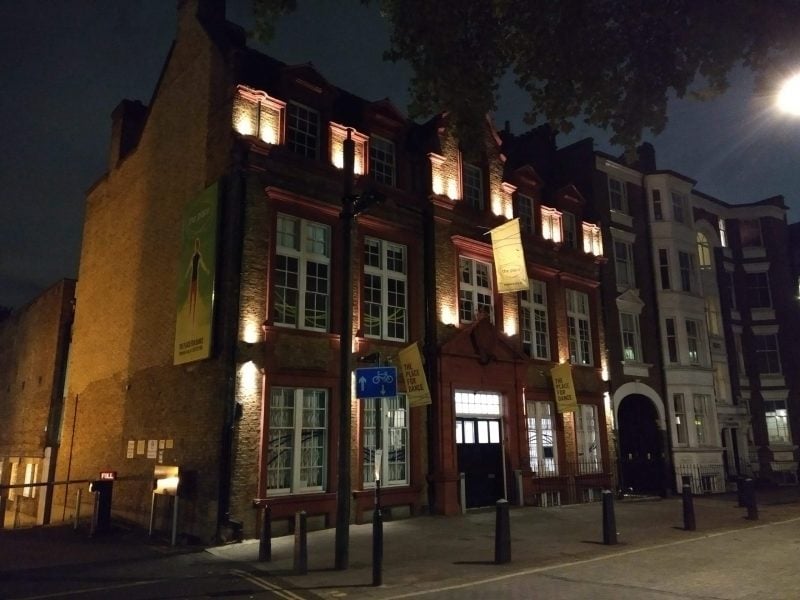 Dwoskin Project Blog #10: Everybody in The Place