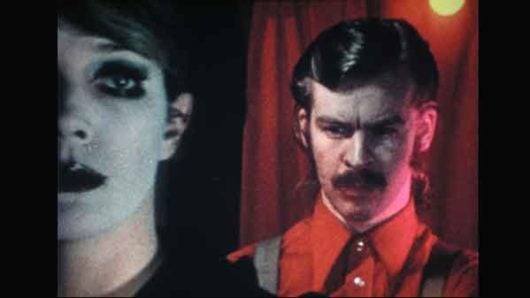 ‘Dyn Amo ‘ is a ‘drama’ exploring the distinction between a person’s self and his projection of that self to others; and it’s a ‘horror movie’ tragically suggesting how a projection can become more substantial than the self behind it. Its subjects are role-playing (especially sexual role-playing), and the masochism of playing a role that conforms to others’ exploitative interests. Tony Rayns .

Based on the original stage play, ‘Dynamo’ by Chris Wilkinson.