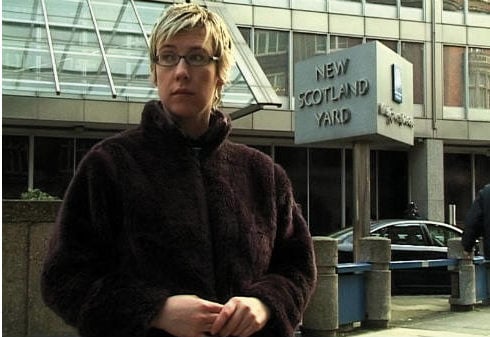 Michelle Deignan has often worked in dialogue with television, whether by exploring its physical and organisational infrastructure, or by appropriating and reworking its conventions.

In 15:1 (2001), for example, she reshoots an episode of the daytime television quiz show Fifteen to One in its original production location, adhering tightly to the standard camera script, which determines the composition and sequencing of shots. In the absence of contestants, quiz-master, lighting design, graphics and music, all that remains is a relentless formal choreography. In subsequent works, Deignan shifts her focus from the TV to the city streets, but continues to borrow from television formats. Assumed Position (2005) mimics the form of TV arts documentary, complete with conventionally authoritative male voiceover narrator, who describes Deignan’s practice as she performs for the camera. Positioning herself at a busy pedestrian thoroughfare between the city landmarks of Lloyd’s Bank and the Gherkin, her voice and image is recorded as she confronts passing City workers with her camera, capturing street portraits with their ‘full awareness’.

To Camera (2005) also features Deignan performing the role of artist. Here, however, the arts doc framework is absent. Instead, she fiddles with the camera setup, resembling an under-resourced news reporter as she poses in front of New Scotland Yard, the Royal Courts of Justice and the Houses of Parliament at Westminster. Instead of BBC-style narration, the soundtrack is composed of letters to the British government press office, which she reads in her own Irish-accented voice. Citing her interest in locations ‘ubiquitous in British television news’, she requests permission to film herself in front of 10 Downing Street. In the process, she details knowledge (gathered from broadcast contacts) of security protocols and restrictions in place at this publicly-inaccessible site, including an airport-style scanner through which journalists and crews must pass.

This fleeting reference to an unseen scanner introduces a concern with securitisation that becomes much more pronounced in later works such as Unmaking or Redoing (2005-2007). Here Deignan deploys a strategy of re-enactment, ostensibly documenting the process of trying to make a ‘walking tour’ of Fieldgate, based upon the experience of being photographed by police during a surveillance operation. In this work, television is further displaced by an even less accountable network for the gathering and storing of images, with Deignan ultimately required to submit a photograph of herself in exchange for the image held on file. If Assumed Position playfully imagines Deignan as the subject of a documentary crew, then Unmaking or Redoing envisages a much darker version of this scenario, dramatically encapsulated in a freeze-framed image of a police operative directing his camera toward the artist while she recorded intelligence gathering activities at a Mayday rally. Unmaking or Redoing ends with this image, reclaimed by Deignan for a billboard project in a different country.

Deignan’s Irish identity is apparent in almost all of these works, and most likely shaped her interaction with state authorities in Unmaking or Redoing, but it is directly addressed for the first time in Red Cheeks (2006). This work also builds toward a dramatic moment of confrontation but here it involves an exchange of words rather than images. Formally, Red Cheeks reiterates many aspects of To Camera, with an Irish-accented female actor delivering a TV-style report at three clearly-identified locations; the Millbank offices of Radió Telefís Éireann (Ireland’s public service broadcaster), the London Irish Women’s Centre in Stoke Newington and the Kensington office of a mysterious, potentially fictitious, organisation called Irish Contemporary Art. Although the camerawork hints at some potentially newsworthy connection between the three sites, the only actual point of connection is Deignan, whose experiences of living in London as an Irish artist (and part-time TV editor) are recounted by the presenter. The narrative (anti)climax is provided by a story involving a blind elderly Englishwoman who, when she heard Deignan’s accent, proclaimed the Irish to be of inferior intelligence, prompting an angry (and red-cheeked) response.

Despite her consistent use of TV-style camerawork, Deignan’s self-consciously sprawling narratives betray television’s displacement by newer media, increasingly tailored to the demands and curiosities of an individual consumer rather than the needs of an imagined broadcast public. Works such as Il Cittadino (2007) and Our Land (2008) articulate a confusion of personal, social and political histories in line with this displacement of traditional authority. In the first example, an Italian performer details Deignan’s experiences of decorating the interior of an Irish-themed bar in Friuli Venezia Giulia in 1995. She recalls that the painterly effects used in such settings reminded Deignan of the ‘shit-smeared’ walls visible in Richard Hamilton’s painting The Citizen (1981-83), depicting a republican detainee at the Maze prison and supposedly inspired by documentary footage. From this point on, the associative linkages begin to spiral almost out of control, as the presenter frames the Irish-themed bar as an attraction for US soldiers stationed at the nearby NATO-controlled Adriano airport, allegedly used (in 2003) in the kidnapping and forced transportation of Egyptian Islamic militant Hassan Mustafa Osama Nasr, also known as Abu Omar.

Our Land initially seems to chart territory closer to home, since it was shot in a public park in North Dublin, formerly part of the Guinness family estate and now housing an artists’ studio complex. But its scope is in fact notably expansive: presented by two British Asian actors, and opening with allusions to British colonial history in Ireland and India, this work touches upon topics such as tax exemptions for artists, cinematic representations of Irishness (in films such as Felicia’s Journey by Atom Egoyan, 1999) and the nasality of the Birmingham accent. Initially depicted separately as they recount these disparate histories, the actors eventually occupy the same physical space. At this point, the tone shifts from the anecdotal to the philosophical, precipitating a disagreement about concepts of the sublime and the picturesque and their manifestation in this particular landscape. Her Fanciful Digression (2012-2013) continues in this more abstract vein, exploring the significance of class and gender in the propagation of political and philosophical thought. Here the narrative centre is provided not by Deignan’s own personal history but by references to the biography of Irish feminist Anna Doyle Wheeler (1780-1848).

Ways to Speculate (2014) seems to fuse aspects of the earlier and later works, opening with details of familiar landmarks such as the Houses of Parliament at Westminster. But by now these physical structures have lost much of their authority. In fact they are quickly revealed as miniatures situated in a park-like environment, the virtuality of which is heightened by the inclusion of computer-animated sequence depicting an idealised, transforming landscape. While the physical and virtual spaces are unoccupied, the soundtrack is populated by noises of drumming, distant crowds and explosive audio effects, and animated by two distinct voices. A German-accented woman gently and slowly intones lyrics from Kraftwerk’s Europe Endless (1977), while a Scottish male voice reads excerpts from Jane Webb Loudon’s own introduction to her science fiction novel The Mummy: A Tale of the Twenty Second Century (1824). This introduction evokes an encounter with a spirit who urged her to write precisely because she could imagine a world different from the one she occupied. Significantly, in Ways to Speculate, Deignan does not offer a personal history – or a narrator – to integrate these disparate fragments. Instead this work is resolutely forward-looking, modelled around a dialogue between voices (real and imagined) that emanate from the past but speak of a moment yet to come.

Maeve Connolly is a writer, lecturer and researcher whose work centres on concepts and forms of publicness in contemporary art, culture, and media. Since 2003, she has been a full-time faculty member of Dun Laoghaire Institute of Art, Design & Technology, Dublin, Ireland, where she contributes to undergraduate and graduate programmes on art and media. She has recently completed a book entitled TV Museum: Contemporary Art and the Age of Television, available from the LUX Shop, which examines the changing relationship between art and television in Europe and North America. Focusing on developments since the early 2000s, TV Museum includes chapters on exhibiting television; soaps, sitcoms and symbolic value in art and television; reality TV and the social turn in contemporary art; TV archives, television memory and media events; broadcasting and art in the public realm; television talk in curating and public programming; artists, television workers and changing production cultures. 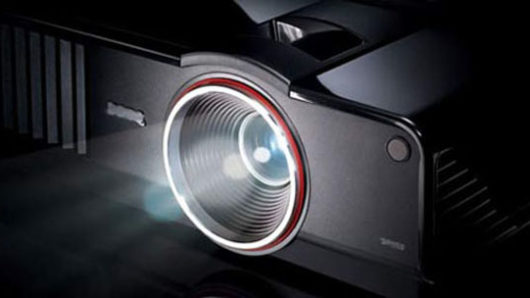 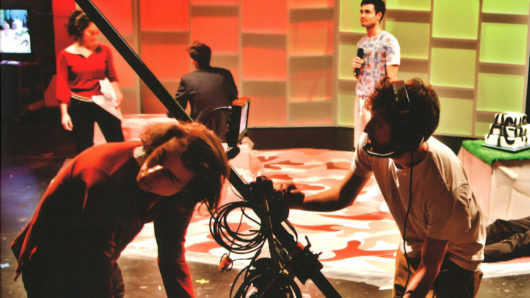