Where You Had Been 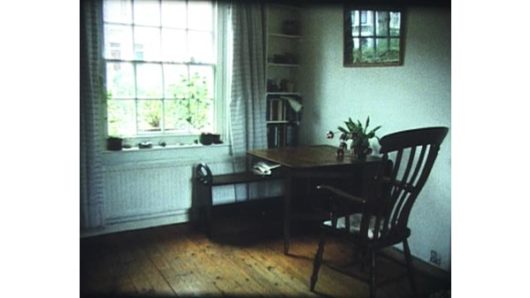 Images of the interior of a house and three short handwritten messages.‘Todd’s playful commentary, occupying the space itself, hints that this brief image-diary is more than the sum of its parts: “I looked for you / But only found / Where you had been.” Suggesting not only the possibility of finding presence in absence – that is, locating and even describing a person via the effects that they leave in their wake – but of the difficulty, ultimately, of really finding; of pinning down a person, or a place, or a time, and ascribing to that a sense of the definitive, or indeed finished. And, from here, of really looking, and of really seeing, because, of course, things are in a constant process of becoming, the world in a state of flux.’Adam Pugh. Where You Had Been: Six films by Nick Collins, Peter Todd and Margaret Tait. Screening Notes. 2012.