We Know We Are Just Pixels 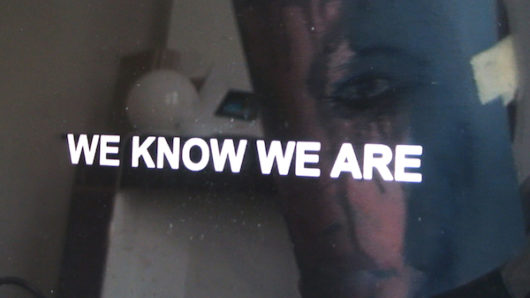 Attributing human characteristics to inanimate objects, this video work finds Laure Prouvost’s images forming a conversation amongst themselves. Discussing their existence and vulnerabilities, in relation to the viewer looking at them, the images want to be more than just pixels; they want to explore and exist outside of the machine upon which they are being played.Comments and moving images are juxtaposed; they come and go in a dazzling rhythm. As often in Prouvost’s films, the speed of images and text challenges the limits of perception, for it seems almost impossible for the human eye to catch every piece of visual information in the film. Eventually, the viewer becomes used to the rhythm and finally gives the images the attention they ‘deserve’.