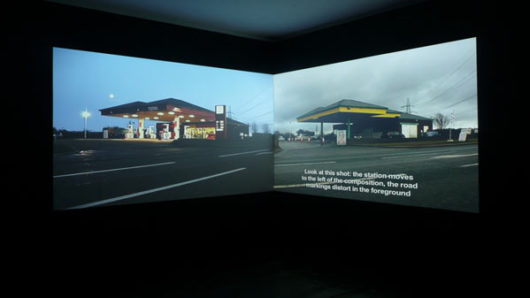 This two screen work which builds on a fascination with a petrol station on the A167 which the artist filmed in 2001 whilst completing an artist’s residency in Durham City. The work is also inspired by the final scene from Jacques Demys film The Umbrellas of Cherbourg, a meeting at a petrol station heavy with regret and charged with the remains of a love that has been lost. The footage on one screen is of a petrol station shot in 2001, on the other screen are the same views re-shot nine years later. The subtitles on each screen appear to be having a sardonic conversation with each other about fonts, the weather, the passing of time, music and silence, why an artist would want to remake a video work nine years after making it, personal and artistic regret, and failure. 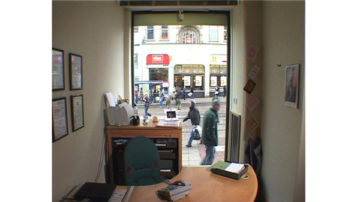