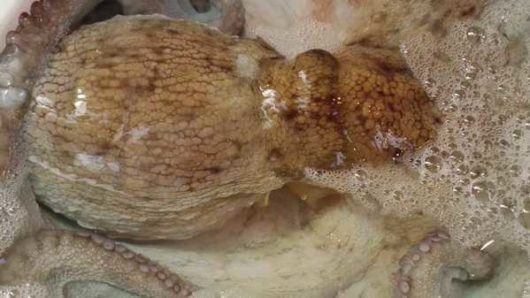 Polpomotorino was produced by the artist during a residency in Naples in 2011, and in subsequent visits. During her stay, Laure Prouvost observed the city and its corporeality; by day and night she filmed social dynamics of the streets, and the rituals that take place there. She recorded the incessant and hectic rhythm of life, the deafening noise, the briny air of the sea and the unhealthy air of the alleys. She interpreted its artistic and historical tradition and complex interweaving of decadence, nobility and violence. Polpomotorino stages an interplay of reflexes and mirroring, blurring reality and fiction, remixing forms, assailing, deafening and dazzling.