In October 1985 Britain witnessed a spate of civil disturbances in the Birmingham district of Handsworth and in urban centres of London. These were violent, tragic events, marked by the death of an elderly black woman, Joy Gardner and a white policeman, Keith Blakelock . Handsworth Songs takes as its point of departure these events and the inability of the British media to go beyond its concern with demonising or rationalising the rioters and their motives, to break the anxiety-driven loop of morbid responses to the presence of blacks in Britain.

Handsworth Songs explores the idea that the riots represented less a self contained drama of rage with a single origin and trajectory than a multiplicity of issues, ambivalences , to do with race, longing and belonging – not all of which could be shored up by recourse to a rhetoric of civil disorder. The film’s sense of multiplicity extends to a rethinking of black British presence, and a refuting of the idea of a homogenous black community with a single sense of presence characterised by uniformity of ambition and expression.

Instead the film evokes a broad range of voices, tones, registers. And it is through this panoply of positions and presences that Handsworth Songs approaches the riots and expresses its central idea – that it is not the riots in their dramatic unfolding, nor even in the wake of their violent eruption, which provide us with a route into the drama. Handsworth Songs contends that the meaning in the malaise is to be found in events outside the frame of contemporary reportage, in moments which seemed to have little affective relation to the expressions of discontent which characterised the riots – in the annals of post war news reportage around race in Britain, transformed in the film into an archive of black (un)belonging, in the expression of hopes of belonging brutally deferred. 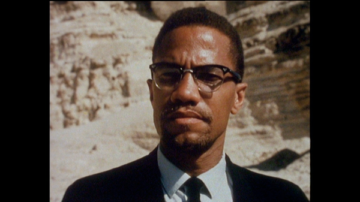