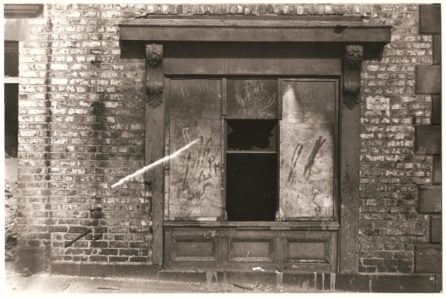 Part of a series of works (circa 1975/1976) on the streets of Gateshead around Woodbine Street, off the Coatsworth Road where I was then living. A number of nearby streets were being demolished and this became a place of work for me. Exhibited in both photographic and moving image formats. World Premiere (moving image) Rotterdam International Film Festival 2008 (group show with Luke Fowler, and Keith Rowe). Digital file formatted from original photographic documentation.