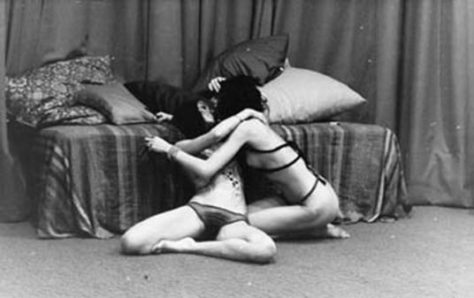 On March 28 MOMA (Cineprobe ) screen Stephen Dwoskins Central Bazaar… The film was shot last year and is 153 minutes long. It was reduced to that length from fifteen hours of footage Dwoskin shot with a group of volunteers adventurous to act out their erotic fantasies… Theatre of life, costumes, sexes, colours , lips, reality and fantasy mix and reveal themselves, intensified by Dwoskins obsessive camera eye, as he picks out, watches, stops on faces, details, sustains, doesnt go away; the face is trapped, recorded. But there is no forcing, no rape of the camera in Dwoskin . Its gentleness itself, its an intelligence that is gentle and unimposing… – Jonas Mekas