An Office Worker Thinks of Their Love and Home 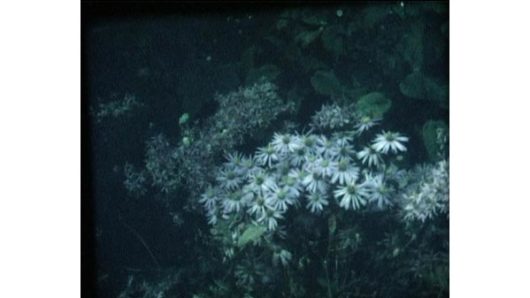 Images of home, and city, and a written message.‘Continuing in the vein of his earlier For You, Todd here develops that work’s silent observation and meditation on the local, the environmentally familiar, within the frame of an archetypal routine and with his trademark white-pad texts signaling the pivotal sentiments of the piece. The journey revealed is deceptively simple, charting the movement from the film-makers’s garden to his city centre office employment (as information officer at the BFI, its frontage seen) and then back, via the underground and a written declaration of emotional attentions, to his evening house.A description such as the one offered does nothing, however, to convey the richness of this passage as Todd presents it. One’s own mundane circuit is often so internalized, that it takes the visualization of another’s (indeed its written analysis; think of novelist Nicholson Baker’s precise prose epiphanies of the everyday) to let us see our own afresh. To be benignly jolted, camly encouraged to reconsider the possible immanence of awe, is one of the recurrent effects of Todd’s work in this vein.’Gareth Evans. Considerations on Peter Todd’s An Office Worker Thinks of Their Love, and Home. 2003.