After After the End 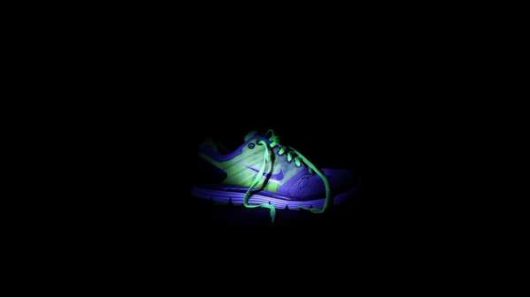 After After The End (2014) forms the epilogue to Laure Prouvost’s The Wanderer (2012), a work based on script by artist Rory Macbeth who, without any knowledge of German, translated a Franz Kafka novella into English. Consisting of a video-based installation, The Wanderer follows a number of characters who undergo a series of increasingly bizarre and mysterious experiences.Combining leftover footage from this initial work, in addition to scenes shot inside Prouvost’s installation After After at the Lyon Biennial (2013), After After The End manifests as the reminiscence of what is left after the action of filming. Through a cacophony of sounds, words, images and objects, Prouvost creates a surreal narrative, which does not offer any concrete denouement. The artist herself describes the various sculptures and objects featuring in the film as ‘relics’, “disused and exhausted from the action they had to perform.” -After After The End was supported by the Outset Contemporary Art Fund and Arts Council England.