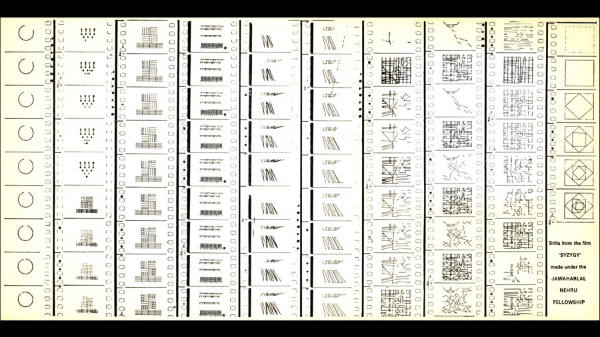 When did Indian artists start engaging with film, video and other media in post independent India?

It is a question that has found few comprehensive answers, and to my mind, a persuasive response comes courtesy of the cultural theorist, curator and writer Nancy Adajania. In her essay ‘New Media Overtures before New Media Practices in India’, Adajania clearly states that “there could be no global history of new media art, and that the history of new media art in any local context is dependent on the technological advances and the politics of communication as they prevail in that locale”1. It is an assertion, which locates Indian artists and their interface with time based media firmly within their own social and historical experiences.

Adajania’s proposition by emphasizing the differing sets of circumstances and conditions prevalent in India that do not line up with conventional western art historical timelines creates a framework in which to appreciate the advent of video art in India through the 1990’s, (in part due to sluggish technological moves seen by the country during the Cold War), as distinct from the 1960’s video art narrative of the Americas and Europe. It also makes room for recognizing the pioneering film based experiments done by some Indian artists in the 1960’s and 1970’s, which were at the time never properly spoken for on the subcontinent or elsewhere, accounting for why till recently they remained largely under appreciated or dismissed as minor career deviations of little consequence.

By drawing attention to these earlier occasions, Adajania establishes “a pertinent prehistory for so-called new media art in India”2, and provides a foundation for younger generations of scholars, art historians and curators to further expand on, interpret, recast and perhaps even to enhance. As a writer who finds himself invested in similar concerns, my attempt in this post is a brief discussion of a group of films by the artist Nalini Malani that have been rediscovered, and, in a following post, I will strive to make an active contribution to the ‘prehistory’ Adajania has devised, by referring to two instants of artistic experimentation that have received scant consideration.

The Vision Exchange Workshop founded by the modern painter Akbar Padamsee in 1969 in Bombay, which lasted till 1972, is one such pivotal moment in the ‘prehistory’ Adajania sketches out. Padamsee who by the mid 1960’s had already achieved much acclaim as a painter, received a Nehru Fellowship from the Indian Government3. Instead of utilizing the Rs. 3 Lakh for his own purposes, he matched the amount, equally with his own funds and created the workshop. The initiative hosted from Padamsee’s Nepean Sea Road apartment, did not have a formal modus operandi, and included painters, printmakers, a cinematographer, an animator, a psychoanalyst, sculptors, photographers and students from the J.J. School of Art, fostering a unique atmosphere in which interdisclipinary collaboration could take place. Among the work produced, were a number of filmic projects4, the painter Gieve Patel completed a short called Chairs (now lost) about Irani cafes in the city, filmmaker Kumar Shahani made a 16mm film Obsession with a script by the psychoanalyst Udayan Patel, and Padamsee himself made two films Syzygy and Events in a Cloud Chamber.

Of the two Padamsee films no copy of Events in a Cloud Chamber, a color reversal film, is traceable. Syzygy an eleven-minute silent, black and white film, shot on 35mm (later transferred to 16mm) made in collaboration with the animator Ram Mohan has been located and digitized. It is an abstract work, inspired by Paul Klee’s pedagogical diagrams, for which Padamsee developed his own mathematical pattern, and produced 1000 drawings on transparent cell animation sheets. Each drawing composed of numbers, alphabets, abstract geometric shapes, dots, dashes, was based on a differing configuration generated by his own devised code. Syzygy is a remarkably complex work that Adajania associates with the 1960’s experiments of John Cage. When she queried Padamsee about this connection, he acknowledged that he was reading Cage’s writings at the time, and was acquainted with the work of Iannis Xenakis.

Syzygy has lately garnered some notice, being shown at the Rubin Art Museum, New York in the 2012 show ‘Modernist Art From India: The Body Unbound’ and at Experimenta in Bangalore in December 2013. In The Body Unbound exhibition it was presented alongside Through the Eyes of the Painter (1967) and Koodal (1970), films made by fellow painters M.F. Husain and Tyeb Mehta, respectively. Husain and Mehta’s films were made under the aegis of the Films Division of India5, on the invitation of Jean Bhownagary6 who at the time was Chief Producer.

However, it is the very recent unearthing of the films made by Nalini Malani during the Vision Exchange Workshop, which enhances substantially any understanding of this ‘prehistory’. Malani’s films are of crucial importance not only for their form and content, and when looking to better apprehend the early beginnings of her own practice, but also as markers of an active female agency, in a creative environment dominated by men. Also, beyond the landscape of the Indian art world, even at the Films Division at the time, the number of women being hired as directors or working with film and animation was extremely limited, notable exceptions would be Vijaya Mulay and Shaila Paralkar.7

Malani was the youngest member of The Vision Exchange Workshop, and within six months completed three films and a series of other studies using a Bolex camera and 16mm reversal stock. Two of her films Still Life (1969) and Onanism (1969) were explicitly concerned with the female subject. Still Life is a five-minute self-portrait, in which Malani chose not to film herself, but trains the camera on her personal articles of clothing and books as they are dropped on a bed. In Onanism, Malani used a crane shot while filming a friend prone to hysteria, lying on the ground suffering a series of physical contortions.

When she screened these films at the workshop, she received “no comments from her male colleagues, apart from patronizing advice that she should not involve herself in such feminist ideas as they are detrimental to her becoming an artist”.8 These two films make clear Malani’s investment in “key concepts of psychoanalysis such as absence/presence, the gaze, and voyeurism/fetishism; which predate the influential writings by Laura Mulvey”9. Malani also at the time had not seen Maya Deren’s work, nor was she aware of Carolee Schneemann. Her depiction of the feminine coupled with her own intentionality, operates in stark contrast to the more objectified imagery of women found even in the much-lauded experimental films made by S.N.S Sastry and S. Sukhdev at the Films Division.

Malani’s third film was a five-minute pulsatingly abstract animated work that looked to the color theories of Johannes Itten, and the photographic experiments and Light-Space Modulator of Laszlo Moholy-Nagy. Malani built a model townscape from thick black paper, and under varying slants of light photographed it, from a crane like shot perspective. These photographs were then converted into large negatives from acetate sheets with registration holes. Malani then changed the gray tones into color by using color filters, and the acetate sheets were finally shot individually on 16mm.

This film was exhibited at the Kiran Nadar Museum in New Delhi in January 2014, as part of Malani’s retrospective, but not on its own. Malani projected it in a diptych, accompanied by another black and white film she shot in 1976. Titled Utopia (1969/76), such a dual projection of the films, side by side had always been Malani’s aim. The work from the mid 1970’s was filmed in Malani’s studio and pictures a silhouetted woman by a large set of windows looking out at the sprawling urbanity of the Bombay suburbs. The two films when seen simultaneously, affect each other, Malani’s animation, ceases to be or rather cannot be attributed to being simply a formal study. It morphs into a panorama suffused with idealized aspirations; a possible modernist utopia who’s corollary, in very real terms, was Jawaharlal Nehru’s vision for a post-independent India that finds itself face to face with its fractured ground day reality. It is a precisely calibrated and staged confrontation between hope, aspiration, ambition, harmony and disappointment, regret, conflict and failure.

The work had a particular resonance for me. Since the publication of my last book Western Artists and India: Creative Inspirations in Art and Design (Thames and Hudson, 2013) I have been trying to find artworks rendered by Indian artists from the 1960’s and 1970’s that engaged Le Corbusier’s Chandigarh. Malani’s Utopia, and its bi-focal vision, for me, without even picturing Chandigarh, manages to involve it, evoke it, and moves beyond simply being about modernist architecture and its utopian ideals. The lone figure of the woman, as she gazes out onto the world before her, while contemplating its inequality and violence, while rationalizing her place within it, becoming aware of not only her own vulnerability, but that of others; and for all this, what can she do?

She has taken the camera into her own hands.

Shanay Jhaveri is the editor of Outsider Films on India: 1950 – 1990 (The Shoestring Publisher, 2010) and Western Artists and India: Creative Inspirations in Art and Design (Thames and Hudson, 2013). He has curated film programmes at the Tate Modern, Iniva, LUX/ICA Biennial of Moving Images, and the exhibition Companionable Silences at the Palais de Tokyo, Paris. He is a contributing editor to frieze magazine, and is currently a Phd. Candidate at the Royal College of Art, London.

3 Padamsee relayed to me in a conversation we had on the 7th of April, 2014, that he initially turned down the Fellowship, but after a discussion with his friend Krishen Khanna who suggested that he use the funds to develop a workshop he accepted the money. He then tried to launch it in New Delhi, even finding a space, furnishing it with furniture, and announcing it with party at which champagne was served. However, his peers Tyeb Mehta and M.F. Husain were reluctant to join, and so he moved the workshop to Bombay.

4Padamsee recalls “I bought a cinema projector, three 16mm movie cameras and editing equipment. I gave Mani Kaul Rs. 60,000 worth of film stock, a camera and editing facilities and told him he’d have to make a film with a ‘tailor ratio’ of 1:1. He wanted to make a film on the story Duvidha, written by Vijay Dan Detha, about a ghost who falls in love with a newly married woman. The film was later shown at Eros.” in Meenakshi Shedde, ‘Art in the River of Life’, in Bhanumati Padamsee and Annapurna Garimella (eds.), Akbar Padamsee: Work in Language (Mumbai: Marg Publications, 2010), 311.

5 The Government of India established the Films Division of India in 1948, under the Ministry of Information and Broadcasting, for the production and distribution of information films and newsreels. Its foundation was part of a building effort in post independent India in the field of modern and contemporary art initiated by Prime Minister Jawaharlal Nehru. The early material distributed by the Films Division was modelled partially on the approach advanced by John Grierson and British documentary film traditions, essentially operating as mouthpieces for the state’s industrializing projects. It was under the direction of Jean Bhownagary, who was appointed Deputy Chief Producer between 1953–57, and then Chief Producer in 1965, that the Films Division produced some of its most challenging work.

6 At a UNESCO screening of Syzygy in Paris, Jean Bhownagary introduced the film saying rather glibly, “Please take an aspirin, this film wills surely give you a headache”. Few people at the screening could relate to the film, but a lone gentlemen appreciated the work and requested a copy from Padamsee. Fifteen years later, Padamsee got a call from his daughter in Paris informing him that the Cinematheque Francaise was going to show the work alongside Dadaist and Surreal avant-garde films. It turned out that the Cinematheque acquired the film from the unknown gentleman at the UNESCO screening.

7 Thank you Alexander Keefe for drawing this to my attention. 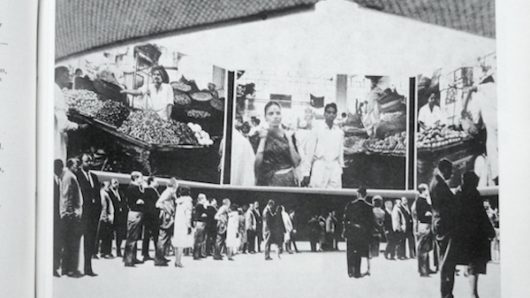 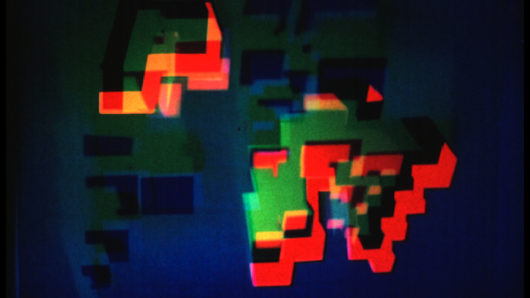