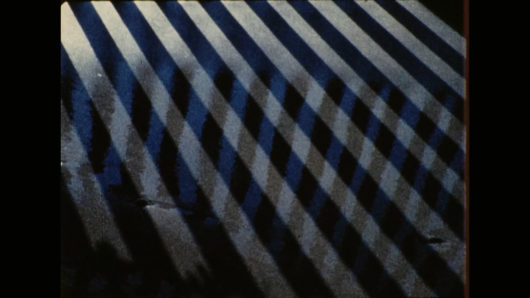 An intimate study of a short stretch of Norfolk coastline, its breakwaters, groynes and beach chalets. Sequences were evolved out of the conditions of the movement, each one seen as a meeting point of relations, the repetitive geometries of the solid forms, the flux of appearances elicited by the tides and light conditions, and the visionary processes of film. Recurring patterns formed by grids of reflections and shadows, and the corrugated iron and wood structures, translate into evolving fragmentary abstractions. Each fragment evokes an ambient aural space, the sounds forming progressively more obtuse, expressionist links with the image as the film unfolds. 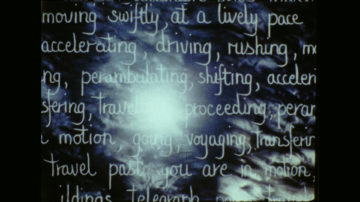