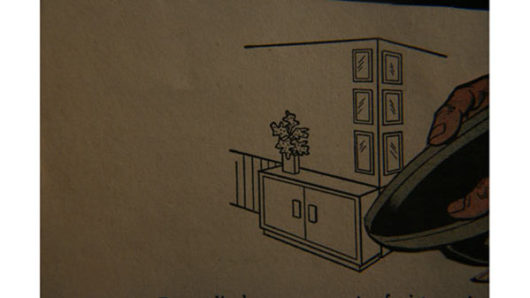 “In this grouping of three related videos on the subject of romantic triangles [Nimbus Smile, Nimbus Seeds and Cumulonimbus], Klahr expands his explorations of memory, love, repetition, narrative and loss in surprising new ways until the films build into complex emotional and artistic experiences. His approach to inner-film montage (the interconnected relationship of different films to each other) reaches its fullest expression with these new works.””Three romantic entanglements play out in the the three ‘Nimbus’ videos, which extend Klahr’s interest in constructing almost legible narratives—but doing so in formalist terms that complicate and enhance the traditional pleasures of stories. The trilogy’s closer, Cumulonimbus, is a movingly mature account of grief with a puckish sting in it’s tail.”—Chris Stults, Film Comment