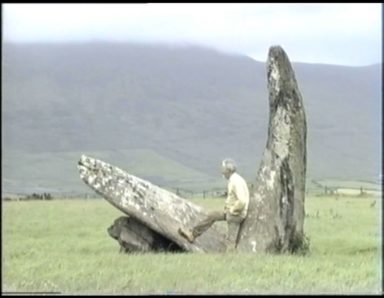 Initiated by an invitation from the Irish Film Institute and Culture Ireland to curate a touring programme of Irish artist moving image and experimental film to be distributed in the UK by LUX, the focus of this programme is on contemporary rather than historical practice with all of the works featured made in the last ten years by a diverse group at various stages of their careers.

These works were not selected to make any decisive or single statement about Ireland. Instead the programme examines different facets or experiences of agency to consider what occurs when it is compromised, reclaimed, expanded or channelled elsewhere. Borrowing terms frequently employed in the field of social science, the title of this programme alludes to the long-standing debate between theorists over the primacy of structure or agency in the shaping of human behaviour. Applying ideas from this ongoing debate to the moving image, this screening looks particularly but not exclusively at the role of the film protagonist and their struggle to find and maintain a place as cinematic subject. Avoiding the more traditional or typical approach to this familiar figure, this programme offers versions of the protagonist mostly disconnected from plot or narrative, giving us space instead to consider their experience in connection to a range of subjects including our relationship to language, landscape, the semi-lucid world of dreams and to our built environment.

The programme is presented by the IFI, distributed by LUX with the support of Culture Ireland GB18. For enquiries and to view a preview of the programme please contact [email protected] 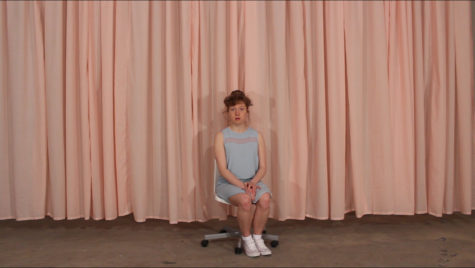 Saoirse Wall’s video Sticky Encounter proposes a reaction to the pain of not being believed in a doctor-patient encounter.

Saoirse Wall received a BA in Fine Art Media at the National College of Art and Design, Ireland in 2014. They are currently taking part in School of the Damned, a year-long alternative art course directed by its students. Their work has shown across the world, including at Hotel Maria Kapel (Netherlands), Fokidos (Athens), HDLU (Zagreb) and Sala Luis Miro Quesada Garland (Lima), among others. Their work is held in the National Gallery of Ireland Collection. Saoirse was co-curator of ‘setup, a device’ (Dublin, 2014) and ‘Knowledge and other Myths’ (Belfast, 2016); and has served as visiting tutor and invited guest at the National College of Art & Design; National Gallery of Ireland; and at IMMA. They live and work in Glasgow. www.saoirsewall.com 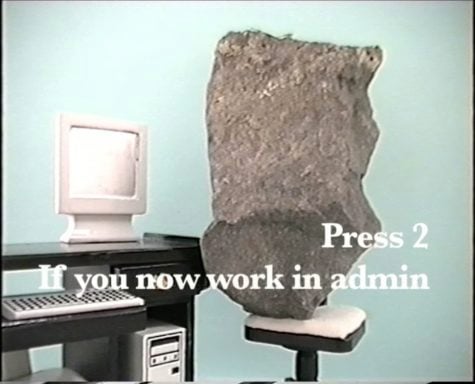 While often using a humorous lens, Fitzgerald’s work points to problematic and absurd aspects within complex political and personal situations. Portrait of a Stone exposes Fitzgerald’s curiosity about the similarities that can be drawn through the act of portraiture whether of landscape or of a person, and how these attempts at portraiture often penetrate the inner world of the artist. This poses several questions around ethics and inappropriateness regarding what is deemed legitimate and downright ‘out of order’ in terms of art making and the life of an artist.

Laura Fitzgerald is from a small mountain farm in Inch, Co. Kerry. She graduated from the Royal College of Art in 2013 and has participated in shows at the Irish Museum of Modern Art, the Douglas Hyde Gallery Dublin and Visual in Co. Carlow. She has participated in the International Studio and Curatorial Program,

in New York in 2014 and 2015 and the Lucian Freud Residency at the Irish Museum of Modern Art in 2017. She is currently on residency at the Firestation Artists’ Studios in Dublin until 2020. She presented a new body of work in ‘Futures,’ at the Royal Hibernian Academy (RHA Gallery) Dublin in November 2018. 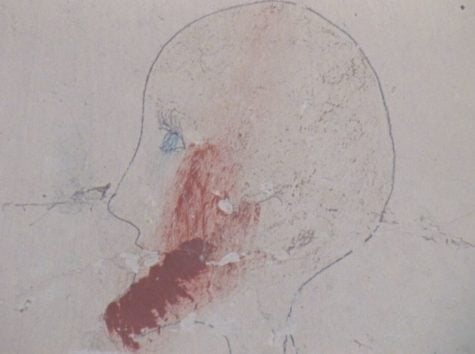 “Thirty years in the life of a mountain is nothing, the flicker of an eyelid.” – Nan Shepard

“In Glenbride Lodge in the Wicklow mountains, Peter Byrne (my Grandfather) worked as gamekeeper during the Spring and Summer months from the 1920s to the 1940s. The gamekeepers often spent long hours in their quarters, waiting for the weather to clear, looking at the sky, talking, thinking and

DISTANCE looks at co-existing time frames through the framework of a specific place (Glenbride Lodge) and three distinct perspectives: geographical memory, the memory of a house and the tangled forces of human memory.

Sharon Whooley is a Film Artist based in Baltimore in West Cork in Ireland. “I have worked in film for over 20 years, as co-director of Harvest Films (www.harvestfilms.ie). I was co-writer with Pat Collins and Eoghan Mac Giolla Bhríde on the feature films Silence (2012) and Song of Granite (2017) (Dir: Pat Collins). We are currently writing a new film The Aran Islands based on John Millington Synge’s book of the same name. My own films include Fathom (2013) a meditation on thinking and isolation based on the Fastnet Lighthouse, Nettle Coat (2014) on Visual Artist Alice Maher’s work of the same name and Imogen Stuart: Dealbhóir (2016) on Irish/German sculptor, Imogen Stuart. All of these films were funded by the Arts Council of Ireland. My next film, Night Flight is a film about yearning and the human condition seen from the real world, the dream world and the other-world.” – SW 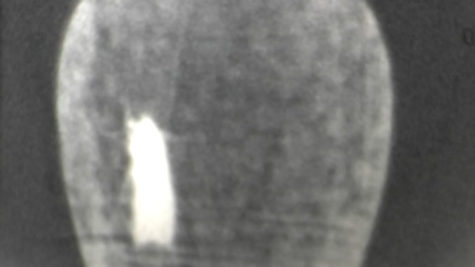 “The film comments on abstract thoughts which relate to consciousness, interior experience, sexuality, movement and space perception. The film is a compilation of fragments and citations from my personal archive: it comprises moments and experiences that float on a mirage of time. The immersion into the ‘innerscape’ (Seelenlandschaft) is guided by the fragile, glassy, curt yet delicate narrative voice, that crosses in a chiasmatic fashion anecdotic life-events. Moving images selected from everyday life subtly face a profane form of confession: a differential comprehension of the ‘social phenomenon’ becomes possible. Autobiographical elements that are to be heard through the narrative voice, set up a rich constellation of socially significant phenomena.”

Doireann O’Malley, born Limerick, Ireland 1981. Lives and works in Berlin, Germany. Studied in Ireland BA with Gerard Byrne at Limerick School of Art & Design, -2003. MFA with Willie Doherty at University of Ulster,-2005. “Dream images have influenced the way I approach making film and writing. Dream analysis in varied methods, Jungian, Lacanian, Shamanic has become a method of analysis and exploring of the unconscious drives within the subjects of my films. I work primarily with moving image, analogue and digital film formats, 3d imaging, found footage, video and photography.’ -DOM 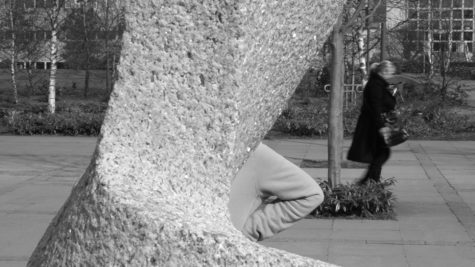 In the film work Autodidact a series of vignettes portray a child ‘interacting’ with a university campus: variously observing, playing, running, climbing, sitting and occupied by moments of reverie. The protagonist is located amidst A&D Wejchert’s iconic post-68 ‘brutalist’ architecture of University College Dublin Belfield campus, which itself struggles to maintain coherent identity in the face of constant change and re-development, just as the child protagonist struggles to find and maintain her role as cinematic subject.