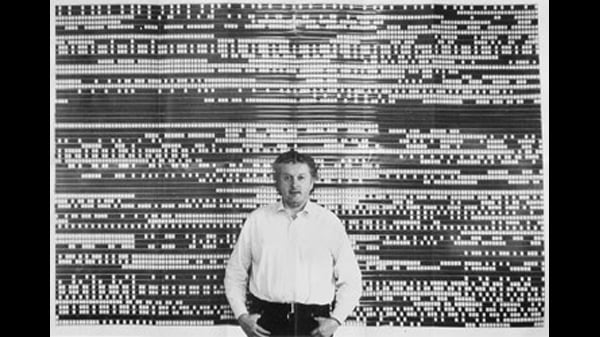 Why dost thou thus,

Through windows and through curtains call on us?

Must to thy motions lovers’ seasons run?

Go tell court huntsmen that the King will ride,

Love, all alike, no season knows, nor clime,

Nor hours, days, months, which are the rags of time.

Years after Copernicus published his revolutionary theory of a heliocentric universe, the progressive English renaissance poet John Donne penned an equally radical ode to the cycles of the universe. Rudely awoken at the break of dawn, Donne’s speaker in The Sun Rising reflects on the inevitable revolution of the earth around the sun to in turn create his own erotic cosmology, placing himself and his lover at the center of a metaphoric universe held within the confines of his bedroom. This celestial analogy, provoked by the daily transgression of day into night, provides an unexpected starting point for evaluating the role of the ‘domesticated’ sun represented in structuralist film.

Incidentally, Donne’s The Sun Rising already holds some significance for artists’ film. Given that the first stanza and last line of Donne’s poem are inscribed onto an outside wall of Prospect Cottage; Derek Jarman’s weather-beaten coastal home nested in the bleak shadow of Dungeness nuclear power station. Carved in wood, Donne’s poetry illuminates the inevitable natural rhythms wrought out across the surrounding barren landscape: the rise and fall of sunlight, the passive push and pull of the sea. But the “unruly” sun remains, albeit latently, an integral point of reference in Austrian-born filmmaker Peter Kubelka’s fundamental conception of cinema, outlined by the artist  as “material proof of our world view”, in a lecture introducing a screening of his latest work Monument Film for the Experimenta film festival programme at the BFI, London in October.

Comprising a double projection of Arnulf Rainer (1960) and its contemporary negative response Antiphon (2012), Monument Film is Kubelka’s last gasp for film; in his own words his final testament to the medium “before it goes out”. But the preceding lecture was in part an impromptu response to the disappointment of not being able to experience Monument Film as Kubelka and festival curator Mark Webber had intended. The unfortunate, and unexpected demise of one of two projectors hired for the day, which “weren’t as good as they could be”, meant the double projection required for Monument Film could not be actualised, and instead screened Arnulf Rainer and Antiphon consecutively. But the fallibility of aging cinematic technology provided, in this context, “proof of the situation” that analogue film is under serious threat, while also proving the primary incentive for making Monument Film. As such, Kubelka marked out 2012 as the “the darkest year” for the medium, following the increasing closure of labs, scrapping of cinema projectors and dwindling stock.

With the screening of Monument Film rescheduled for 9 April 2013, Kubelka’s lecture expanded into a historically sprawling, and like Donne’s poem, a somewhat metaphysical analysis of the “translation of the world” through cinema. For Kubelka, this fundamental vision of film, (“it is not stories, it’s not actors, it’s not only on the screen, it’s this! – pointing to a spool in his hand– “film is film strips!”) – hinges on, what he refers to as, the ‘cyclic principle’.

Take for example Arnulf Rainer, where film is both material and content. Elegantly comprising “the four essential and simplest elements that cinema is built upon: light and darkness, and sound and silence”. Produced in 1960, and under seven minutes in length, the stroboscopic aesthetic of Arnulf Rainer, its consecutive black screen/white screen ‘absence of image’ – coined by Deleuze in Cinema 2– enters into a “dialectical relation between the image and its absence, and assumes a properly structural value”. Kubelka updates this original stencilled ‘flicker’ film with the conception of a younger sibling, Antiphon, meaning ‘counter song’ in musical lexicon. Made in 2012, Antiphon exists as the negative twin to Arnulf Rainer; what is black in Antiphon is white in Arnulf Rainer, and vice versa, creating a relation of Ying and Yang with its mirror-image older sibling. When projected together side by side, and superimposed upon each other, both films cumulatively produce a sum greater than its parts: Monument Film.

Alternations between light and dark and black and white across the projector lens and through the light of the machine’s bulb encapsulates Kubelka’s vision of the world. For the artist, the mechanics of projection is an essential act of translation – an alchemy of natural cycles and repetitions – laid bare in moving image; the material proof of our world-view, condensed and actualised by the projector, and both surprising in its conceptual complexity, yet minimal in production. The projector is a key component, a philosophical prism “modelled on our world view”, verbally dissected by Kubelka to examine its fixings and spectrum of affects. Of the projector, he says:

It consists of two main parts, one is the domesticated sun, the light; there is this strong light, which is of course a domesticated sun. It’s not too hot; it inhabits this space and it’s always burning like the sun, always giving light.

But the projected light, as ‘domesticated sun’, is only perceivable when activated by an eclipsing mechanical shutter, rapidly rotating in a manner analogous to the axis on which the earth spins, turning us away from the sun, away from light into shadow, in a gesture imitated by the projector. Gesturing himself, he continues to explain:

The projector in front of this sun has this so called ‘shutter’ which is a circle, turning on an axis, and which is half covered by black metal, and half is empty. So when it turns, in front of the static light, it alternates light and darkness. In general language it creates day and night, and it turns in a speed, which makes it create day and night twenty four times a second… Just very fast, day and night.

So here is a presentation of the cyclic principle, the cyclic principle after the earth turns, always the same, of course with some alteration. Put simply, and lyrically, “in principle, it is the cycle, because also the seasons are cycles. Cycles it’s all cycles”. In secondary texts Alexander Horwath reinforces Kubelka’s fundamental views further, where “for Kubelka, the repetition of physical movement – as in dance, as in film as in life – is the fundamental law of the universe, from which even civilisation’s most complex systems derive”. But the alternating flicker between black and white and light and dark, in Arnulf Rainer and Antiphon, may manifest for Kubelka the cyclic principles of the natural world.

But this emphasis on cycles is not only limited to his ‘flicker’ films, but also evident via the extended role of gesture and repetition in works both preceding and following the seminal Arnulf Rainer. Photographic sequences of swing dancers repeating on a loop in Adebar (1957), Kubelka’s two minute film recorded in a nightclub, depict high-contrast black and white – positive and negative figures – moving fluidly in time with a contrapuntal soundtrack, creating brief gestures of dance and movement momentarily caught on camera and edited to repeat. Likewise his penultimate work Dichtung und Wahrheit (2003), translating as Poetry and Truth, employs repetition in front of the camera, rather than in post-production, to comic effect. Footage taken from commercial casting shoots form twelve narrative sequences in which actors enact a single shot of physical gestures repeated from three to a dozen times. Each 35mm sequence captures a movement from stasis to motion and back again, pushing the performance and focus of the actor to points of climax, and provoking humour from monotony.

Repetition, interpreted here according to Kubelka’s vision of the cyclic principle, also exists outside cinema through the physical and verbal expression of the body. He explains:

This also occurs on film, in his films, but also through his embodied conception of operating cinema, describing the utmost analogue application of the body to the projector through the manual role of the projectionist: “he is the pianist playing the score”, threading film and maintaining the machine. His physical actions imitating those of the early cameramen, turning the wheel with a rotating arm, an analogue body-movement transferring itself to film.

Kubelka sought to prove throughout his career that “the whole apparatus in which we participate, the cinema event, is analogue, directly modelled on our world view”. As a prism of metaphysical translation, the projector imitates the role of the philosopher – it is our “philosophy teacher” – its component parts attuned to the fundamental structures of the universe. The quintessential analogy is made even more surprising considering the visual austerity of Kubelka’s films, the refusal of an image in Arnulf Rainer; the compressed asymmetrical relation between sound and safari footage in Unsere Afrikareise (1968); the disintegration of the body and flesh in Pause! (1977). But despite its potential as a pedagogical model, film projection nevertheless continues to tread into twilight years, 2012 the darkest of them yet. And as such, Monument Film, despite its totemic title, perhaps heralds an uncertain future. If the elemental technology of film projection continues to stutter and fail, as the event of the screening made all too clear, then this cinematic testament will soon cease to function as a moving-image monument and instead become an analogue relic, a commemorative memorial to the very medium it seeks to preserve.

Amy Budd is LUX writer in residence for October 2012, she is a writer and researcher . Since graduating from Goldsmiths with an MA in Contemporary Art Theory in 2009 she has been a regular contributor to the online magazine This Is Tomorrow, and has featured writing in the periodicals n.paradoxa and Kaleidoscope. 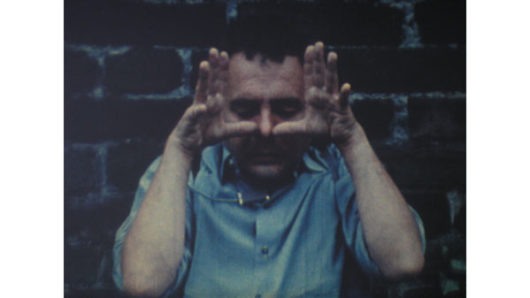 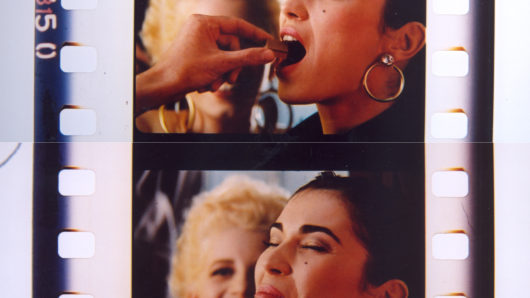 Video Covert Action – Is This What You Were Born For? Part 4 Abigail Child