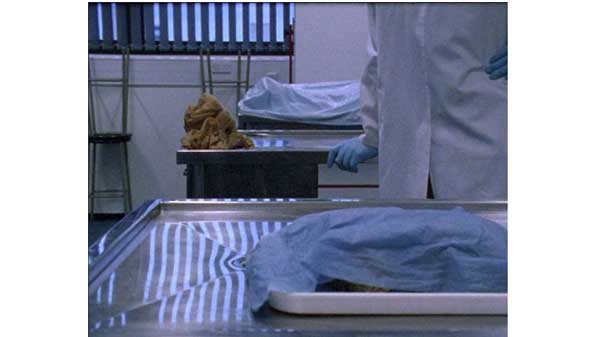 In Roberto Rossellini’s iconic film Viaggio in Italia (1954), Ingrid Bergman and George Sanders, playing an English couple, encounter a room of statues. The pair is evidently impressed by the wonders of the Mediterranean, and of antiquity, represented in front of them. There is also a larger point in this bravura scene to do with the juxtaposition of two art forms – of film, an art of movement, with sculpture, an art of static representation. And it’s a moment of freeform delight: the loose camera movements and Bergman’s evident absorption in what she’s seeing.

These two notions of absorption and subtle self-reflexivity are key to Anna Lucas’s films – films that are both about, and made up of, observation. Lucas has covered such subjects as the making of the myth of Pocahontas and her white lover, John Rolfe; teenagers working with animals; methods of embalming at an Oxford laboratory; and the harvesting and selling of medicinal plants in Palestine and Peru. Throughout these disparate subjects certain themes emerge: sequences of people in action, but not doing very much – contemplating, waiting, working, speaking to Lucas, who never appears.

Lucas uses her camera to set up situations for events to unfold: deploying it as a kind of match tossed into a room, where what normally happens, happens under the eye of a camera lens. The people filmed know they are being filmed, and there is a certain staginess to their actions; at the same time, the presence of the camera, and its implicit value judgement – this scene, these actions are worthy of preservation – knowingly invests these everyday sets of activities with larger significance. This reclamation of the everyday also occurs in the types of activity on show: Lucas is interested in vernacular bodies of knowledge – folklore and folk beliefs, oral history, non-scientific but extensive knowledge areas, like that of a botanist or green grocer – that are both impressive and yet ‘amateur’.

In the film Atlantic Botanic (2007), for instance, which is exhibited as both a two-channel film and two separate films, Lucas shows footage of members of the South London Botanical Institute in Herne Hill, a middle-class enclave of South London, alongside that of a market trader in Brixton Market, an area just nearby but more culturally and economically mixed. The juxtaposition reveals similarities in the patterns of their days (work, lunch, chat, work) as well as visual analogies – a shot of a middle-aged botanist looking through a circular magnifying glass recalls one of a trader washing his knife in the circular aperture of a plastic bucket. The obvious contrasts – class, age, education – open up into a choreography of action and interaction all hinged on a specialist knowledge of plant culture that each set of protagonists contain and display, in their own way. Gradually, both botanists and traders seem ordinary and extraordinary in their remarkably amplified knowledge of and attention to the keenly mundane subject of plants, fruit and vegetables. And, at the same time, the visually articulated similarities make it clear we are watching a film, an aestheticisation of real life, with Lucas animating their absorption – observing their observation, with her own specialist tool.

Similarly, in the film Begail Foxwell Whip (2008), which she sees as a partner to Seventh Heaven (2006), a film about teenagers in Hackney, she surveys youngsters in western Wales who work as farmhands or on the land, again with an amateur knowledge base. As we watch the film, the question arises: How do you visually transmit this information, this particular knowledge of theirs? We observe teenagers as they birth lambs, or tame falcons, and they explain what they are doing, almost as if they were teaching – though, clearly, they are not teaching, they are demonstrating for a film, and this crucial distinction between the film as a functional tool of passing on information and one of this information ‘under observation’ approaches the midway point that Lucas’s films occupy between passive documentation and sheer performance.

Indeed, the role of her own camera in observing these activities is always perceptible. To say she ‘lets things happen’ is perhaps not an understatement – she builds into her subject matter an acknowledgement of her working method, such that she deliberately chooses subjects that will lead her, as if down a rabbit hole, from one story to the next. Getting to know the Brixton market traders for Atlantic Botanic introduced her to a plant called the Rose of Jericho, which is believed to have spiritual and medicinal properties. For her film Kaff Mariam (2007) she tracked down this plant to its habitat in Palestine and Egypt, and followed the various flight lines of its significance: speaking to locals about its health-giving properties and its different religious significances (for Jews, Christians and Muslims alike), and, following the plant’s actual paths of commerce, from the people who harvest it in remote locations – a sun-worn goatherd with a dog and a donkey and her belongings in a mesh Ikea bag – and those who trade it onto a globalised marketplace. (In this regard the film is reminiscent of Zoe Leonard’s project about the circulation of clothing, Analogue (1998–2009), from manufacture in third world countries, retail in the first world, and return to the third world as donated, secondhand goods. Leonard’s project too, as the title implies, is not just about these goods but about her means of recording them, namely her analogue (non-digital) photographic camera.)

In the opening shot of Kaff Mariam the camera seems to hover above the arid landscapes of Palestine, as if in an uncertain relationship to the panorama it films: its bumpy handling suggests its attachment to a tram or a hot-air balloon (she shot it from a tram cable car) – that is, that the camera is somehow part of the landscape as well as being the objective recording of it. Lucas pairs Kaff Mariam with Uña de Gato, about the plant uña de gato (cat’s claw) that is believed to have medicinal properties in South America.

Again in this film the herb functions as the crux of the story – the two-tiered object with hidden power – that simultaneously frames the landscape, and suggests it as a place of exceptional activity. Static yet symbolically invested objects resound throughout Anna Lucas’s films – whether statuettes in miniature, in her exploration of the Pocahontas myth; the moulds and skeletons of an embalmer’s office in anatomy lab at the University of Oxford’s Department of Physiology Anatomy and and Genetics; and the animals that are everywhere – a deer lifeless in the bed of a hunter’s truck, another hung up to dry (Little White Feather and the Hunter), lambs being born (Begail Foxwell Whip). It is tempting to read these along Michael Fried’s theory of absorption: Lucas frames people in a state of absorption – a state Fried, following Diderot, claimed was central to Modernism. In his writings on theatre Diderot insists that the performer act in full absorption, or as if there were no spectators. Fried, updating this in a variety of texts, suggests Zinedine Zidane in Parreno and Gordon’s Zidane (2006) as exemplary of the instability of the balance between absorption and self-awareness. Lucas’s films seem to equally probe states of absorption, but less as thematisation of the state itself but as the visible demonstration of a logic – a knowledge base, a method – that is withheld from the viewer. It is, moreover, also withheld from Lucas, who seems drawn to subjects whose interiority is off-limits – even in the obvious way of being plants or animals – and who rather than seeking to unravel this knowledge seems happy to let it perform itself, matching it, importantly, with her own camera as sign of her own logic.

Demonstration 50.15 (2009), a scene of a man preparing to embalm a dead body, makes the self-referential notion of the camera’s presence and importance in her films perhaps the most apparent, bringing to mind André Bazin’s famous formulation in What Is Cinema? (1957) that cinema embalms time. Chris Marker, in the photo-film Si j’avais quatre dromadaires (1966), which he withdrew from circulation, places an image of a mummy at the apex of a crescendo of stills of different means of artistic representation – a placement, given Marker’s knowledge of Bazin’s writing, that might well have been an explicit allusion to the phrase, and a suggestion much like Rossellini’s that the cinema might be at the apex of art forms. But in Lucas’s Demonstration the embalmed object is never shown – the embalming is an activity that is about to take place (as the mortician says on the phone to a colleague) but which is endlessly deferred. What is embalmed is the time that passes throughout the film – a film that, taking place in a mortician’s laboratory, is replete with memento mori – and which shows an almost scientific interest in process: how things happen and how things become the way they are. This interest in means of progress is close to Lucas’s examination of her own methodology: namely, the uncertain value judgement given by and to a camera in its process of filming.

Video BUOYED BY THE IRRELEVANCE OF THEIR OWN INSIGNIFICANCE Andrew Kotting 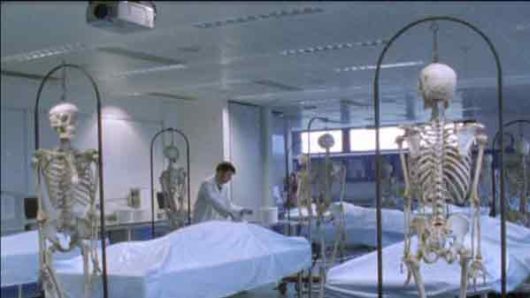 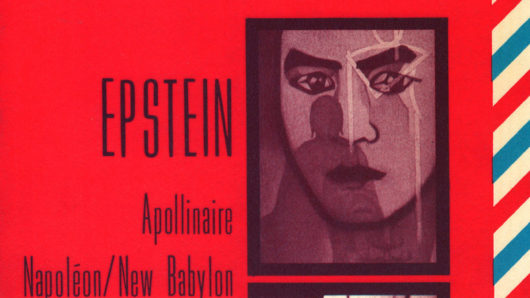