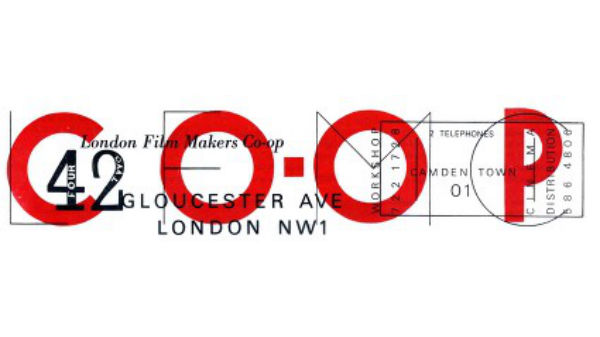 The art and practice of researching any aspect of the history of alternative moving image culture can be driven, enabled, shaped, or hindered by issues of access.

However broad and open the possibilities of a research project might seem at first, the contours of a field of enquiry soon become determined by various practical constraints, mapped by questions such as ‘where do I look’, ‘how can I find’, ‘who should I ask’, and, perhaps most pressing for the moving image researcher, ‘what can I watch?’ Derived from the Latin accessus meaning ‘a coming to, an approach’ the word ‘access’ takes root right at the beginning of the search. For research involves, and in fact depends upon, active processes of seeking. Any book, article, dossier, journal, curated programme, taught course or other initiative which contributes to, or furthers, our understanding of alternative moving image culture constitutes the presentation of findings. And in whichever form this presentation takes, it carries with it the labours of the search; it transports something of the energy involved in those processes of obtaining access. But in order for an individual researcher to access anything- be that a work of film or video, a series of images, a collection of documents, objects, ephemera, traces of conversation- it must have been made available to access in the first place. The art and practice of making accessible the very matter from which- to echo Julia Knight and Peter Thomas in their fascinating book Reaching Audiences: Distribution and Promotion of Alternative Moving Image– possible histories of alternative moving image culture might be drawn, is in itself a complex and exhaustive labour. But it is one that is essential in laying the foundations for urgent and necessary projects of research, and thus to shaping and expanding the scope of how, and where, and on what, it is possible to do such research.

One particularly necessary, and as Knight and Thomas point out “critically neglected”1 area of alternative moving image scholarship is that of the history and development of independent film and video distribution in the UK. However, this is also an area of investigation that poses significant access challenges to researchers, by virtue of the “fragile existence”2 of both the organisations and practices involved, and the paucity of readily accessible, and in some cases surviving, source material pertaining to their processes and activities. Launched in 2012, the Film & Video Distribution Database (FVDD) is an evolving resource that provides free, searchable access to an invaluable collection of scanned primary source materials and documents dating back to the formation of the London Filmmaker’s Co-op in 1966. Materials on the FVDD can be explored comprehensively using two search channels, Events and Documentation. Conducting an Events search on a specific term yields a chronology or narrative history of significant events pertaining to the area of interest, accompanied by a tailored, source-referenced bibliography with links to the original material. Searching for Documents on a given organisation, individual, issue or event produces a bibliography of all relevant original documentation held on the database. In each case, it is possible to browse through the full list of event records and original documentation. Facilitated by Knight and Thomas from 2005, the FVDD is one of a linked series of AHRC funded research projects- of which Knight is Principal Investigator- that began in 2002 and “aimed to assess the role and effectiveness of distribution as an institution that mediated between film/video makers and their audiences within the independent film/video sector from the 1970s to the early 2000s, and to suggest effective strategies for the future.”3 The scope of the FVDD covers the work of the Co-op, The Other Cinema, London Video Arts/Access, Cinema of Women, Circles, Film and Video Umbrella, Cinenova, London Electronic Arts and LUX. The vast range of materials and records available to consult- which include correspondence, policy documents, meeting minutes, funding documentation, artists’ papers, transcribed interviews, and so on- were collected during the course of the 2002 – 2005 research project carried out by Knight and Thomas with the assistance of Geoffrey Nowell-Smith, the findings of which are published in Reaching Audiences.

Reflecting on the practicalities involved in doing this project in Reaching Audiences, Knight and Thomas explain how the research approach they initially envisaged- examining each organisation’s documentation and supporting this where possible with interviews with participating individuals- “was in reality dictated by…varying degrees of access and availability.”4 The consultation of various archival holdings, for example, necessitated formal request procedures, and as the authors note possibilities for direct observation of the organisations were limited, partly because some have ceased to operate, but also because of the constraints involved in carrying out sustained research within small, active organisations. However, Knight, Thomas and Nowell-Smith all have direct experience within the field of independent film and video distribution. Thus their research practices proceed from a position not only of academic enquiry, but also of immersed and practical knowledge of the significance, limitations, and value of different forms of material and aural evidence in generating the potential for a fuller understanding of “the processes which connect moving image work to its audiences.”5

It is important, therefore, to draw attention to the FVDD not only in light of the opportunities it will facilitate for scholars and researchers. By providing free access to such a range of materials, which might otherwise lie beyond logistical or economical reach, the potential of the FVDD is not limited by academic relevance: crucially, it will enable any interested individuals to explore and disseminate knowledge about the significance of alternative distribution practices beyond the contained parameters of the ‘film studies’ discipline. Furthermore, an awareness of the activities involved in the facilitation of the FVDD offers extraordinary insight into the constraints, frustrating and productive, common to the task of researching aspects of the history of alternative moving image culture, which necessitate processes of active seeking. The FVDD demonstrates the importance within alternative moving image research of a commitment not only to engage with and re-present the archived and preserved, but to the recovery and retrieval6 of that which is hidden, lost, spoken, remembered, and, characteristically, “fragile.”

‘A Fragile Existence’ was also the title of an event exploring the ‘history of feminist film and video distribution in fragments’ at ICA on February 1 2012. This included readings from archival correspondence, notes, letters and documents marking crucial points in the development of distribution practices including Cinema of Women, Circles and Cinenova, many of which are now available to consult on the FVDD. See http://www.ica.org.uk/?lid=31702

3 Knight and Thomas, ‘Independent Film and Video Distribution in the UK’,  This information page contains full details of the linked projects, the commencement and scope of the research background of the FVDD, and contextual elucidation of the significance of

6 Knight and Thomas address the issues of the partiality of material evidence pertaining to the development of the studied organisations in their introduction to Reaching Audiences. As the authors point out, the under-resourcing, movement of premises, closure and evolution often experienced by the distribution organisations focused on meant that “many…which have nurtured and promoted independent/artists’ film and video never saw it as a priority to properly archive their own records.” (p.23). As the authors explain, the robustness of their research accommodated and acknowledged this partiality, and the conducted interviews with participants were “…in part a strategy to try and counter that…partiality- fill in the gaps, flesh out the wider picture.” (p.28) However, as Knight and Thomas note, “the act of remembering and the resulting oral testimony is itself highly partial, can differ considerably from one individual to another, and effectively re-writes the past…” (p.28) Thus, hinting at the generative possibility of such partiality for the writing of accounts of alternative moving image history, Knight and Thomas write “…these documents and memories are not the past. At best they can be described as ‘historical traces’, and what follows is only one of the accounts that could be drawn from them.” (p.28)

Elinor Cleghorn is a writer and researcher. She recently received her PhD from the London Consortium/Birkbeck College with a thesis exploring independent women’s film practices pre. 1960. Elinor programmed the BFI season Maya Deren: 50 Years On at BFI Southbank in 2011, and has participated in events and given talks at Camden Arts Centre, ICA, Nottingham Contemporary, Tate Modern, and BFI.