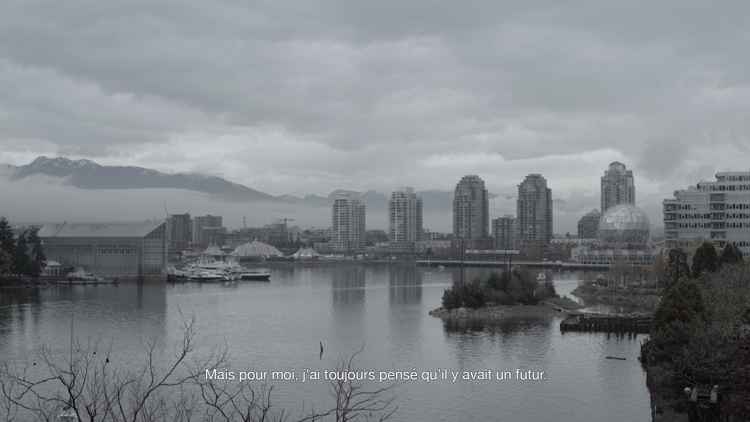 Vincent Chevalier’s À Vancouver and Andre Reeder’s Aan niets overleden re-frame non-Anglophone artists’ moving image and documentary moving image within the histories and geographies of HIV and AIDS in a globalised world of migration, mass migration, capitalism and renewed coloniality of recent decades, and beyond.

Aan niets overleden/ Cause of death: nothing is a documentary that confronts the denial, stigma and taboo of the experience of living with and dying from HIV and AIDS in the Surinamese community of the Netherlands, told through the testimony of Surinamese people living with HIV and AIDS; their friends, families and community. Andre Reeder’s 1996 film made for the Amsterdam Public Health Authority and MTV, combines personal testimony with traditional song that counters stigma and taboo with affirmative and affecting images of care and community care. This conveys the enduring pride and resilience of the Surinamese people and Surinamese language and culture that in turn places migration activism and HIV community efforts in continuity with the decolonialisation of previous decades and centuries.

Indeed, both works motion towards critical de-sublimation strategies continuous with the legacies of decoloniality and social, sexual and geographic inequalities by using video and video spectatorship as a tool for collective and embodied resistance.

Courtesy of the artists and V Tape, Toronto.

Vincent Chevalier (b.1983) is an interdisciplinary artist currently based in Toronto. His practice melds autobiography, documentary research and appropriated media to construct uncanny works on screen. Known for his videos and digital interventions on queer themes and HIV/AIDS, his works have exhibited internationally.

Aan niets overleden / Cause of death: Nothing

Andre Reeder (b. 1954) is a freelance filmmaker and social worker. He was born in Moengo in Suriname, a former colony of The Netherlands in South America. Through organisations LOSON and Strange Fruit he has advocated for migrant and LGBTQ+ rights for decades and his award-winning television documentary work sits alongside his long-standing efforts in education, social work and publishing on and for the Surinamese community, migrants and Dutch people of colour.