LUX is happy to be distributing the work of Eric Baudelaire. More information here

For years when anyone was looking at the most accurate reproduction of Nicéphore Niépce’s View from the Window at Le Gras (1826/27) – the earliest in camera photograph in existence –, one was actually looking at a dupe. Kodak had failed in the attempt to reproduce the image accurately, as so many would since, and in order to get closer to the actual image the scholars and collectors Helmut and Alison Gernsheim retouched the reproduction through painstakingly applying pointillist watercolour dots. Kaja Silverman traces the history of this image in her opening chapter to The Miracle of Analogy (2014), revealing how the forgery circulated for decades as an accurate copy of the photograph that to this date evades reproduction.1

Anna Gritz is a curator and writer based in London. She’s the curator for film and performance at the South London Gallery. 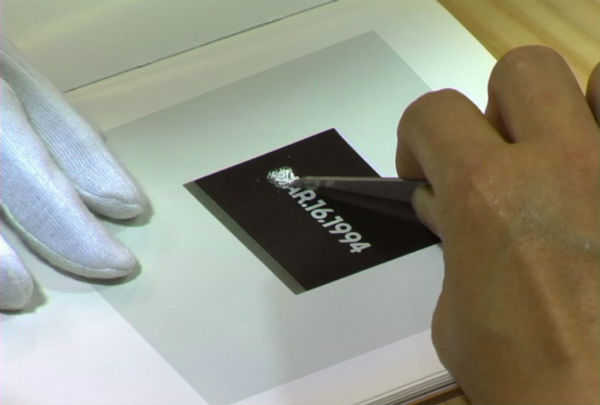