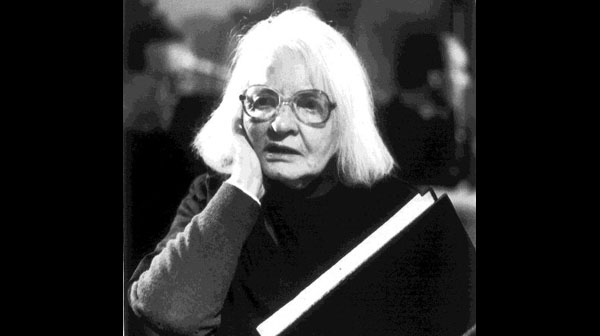 A unique and underrated filmmaker, nobody like her. Born of the Italian neo-realists, formed of her own Scottish pragmatism, optimism, generosity and experimental spirit, and a clear forerunner of the English experimental directors of the late 20th century. A clear example of, and pioneer of, the poetic tradition, the experimental tradition, the democratic tradition, in the best of risk-taking Scottish cinema. – Ali Smith

Glasgow Film Festival is pleased to announce that nominations are now open for the fourth year of the Margaret Tait Award, supported by Creative Scotland and in partnership with LUX. This award will recognise Scottish or Scotland-based artists who are experimental, innovative and who work within film and moving image.

The Margaret Tait Award was launched in 2009 by Glasgow Film Festival, inspired by the pioneering Orcadian filmmaker Margaret Tait (1918–1999).

The recipient of the award will be given a £10,000 prize to create new work and the opportunity to present it at Glasgow Film Festival in 2014. The award is inspired by the wealth of talent emerging from Scotland within this field and hopes to raise the profile of the many galleries, curators and arts organisations who support this area of work. It allows Glasgow Film Festival to have a lasting and meaningful impact on the careers of new filmmaking talent, support new commissions and forge new partnerships across the sector.

“LUX is extremely proud to be involved in the Margaret Tait Award which supports a new generation of artists in the name of one of Scotland’s greatest artist filmmakers.” – Benjamin Cook

“The award recognises talented artists working within the medium of film and moving image and gives the artist a platform to engage with audiences in new ways. This allows them to create new partnerships and opportunities within the film industry, stretching their creative practice. Glasgow Film Festival is one of the fastest-growing festivals in the UK and it’s great to see their support for artists through this award.” – Amanda Catto, Portfolio Manager at Creative Scotland

Nomination is open to Scottish artists or artists based in Scotland, specifically artists who have developed a significant body of work over the past 3–10 years and are at the cusp of a major impact on the sector. There is no age restriction. We regret that we cannot accept nominations of artists who are students

Please send 200 words on the artist’s career to date, their impact on the sector and  your reasons for nominating. Be sure to include a link/url to the artist’s website or an online example of their work, and the artist’s contact details if possible.