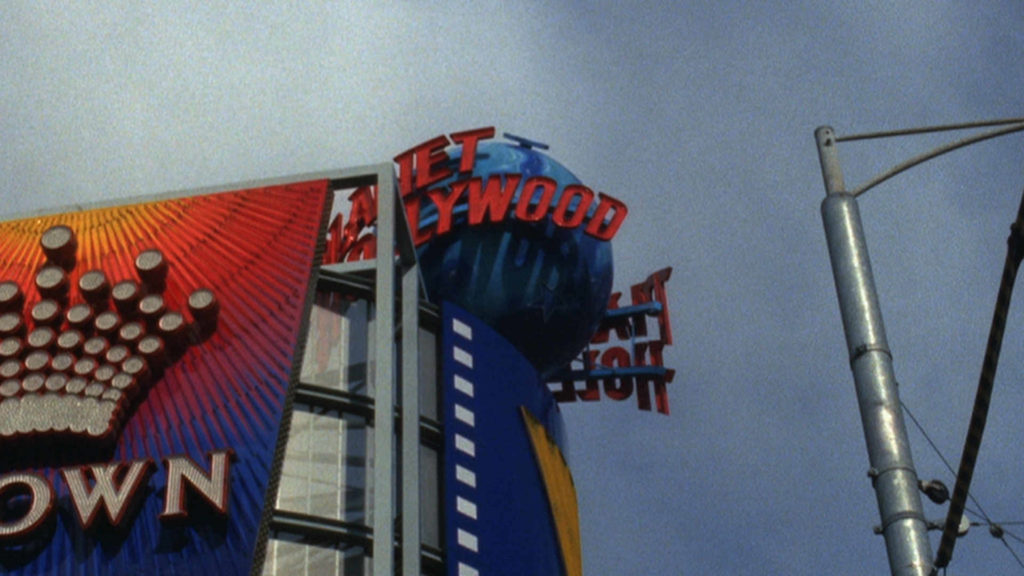 “Jem Cohen’s Chain is a hypnotic, highly original piece about what
it’s like to live in the new global corporate landscape.”

As regional character disappears and corporate culture homogenizes our surroundings, it’s increasingly hard to tell where you are. In Chain, malls, theme parks, hotels and corporate centers worldwide are joined into one monolithic contemporary “superlandscape” that shapes the lives of two women caught within it. One is a corporate businesswoman set adrift by her corporation while she researches the international theme park industry. The other is a young drifter, living and working illegally on the fringes of a shopping mall. Cohen contrives to turn the entire planet into a stretch of New Jersey commercial property–a universe that feels entirely real yet has the distinct smack of J.G. Ballard otherness.

Jem Cohen. From empathetic and impressionistic portraits of cities, people and places, to his enduring relationships and collaborations with musicians such as Patti Smith, REM, Godspeed You! Black Emperor, Elliot Smith and Fugazi, Cohen’s prolific body of work – more than 70 films over three decades – is widely considered as one of the most significant in international independent cinema. Including features, essay and diary films, documentaries, installations and music works,
Cohen’s output is rooted in experimental film, the traditions of street photography and urban aesthetics, and the collaborative qualities of the American alternative music scene.

Chain is presented to co-incide with Compass and Magnet, a retrospective of Jem Cohen’s work at the Whitechapel Gallery and Hackney Picturehouse (April – May 2015)

Jem Cohen: the former ice-cream seller chronicling an overlooked America, a profile by Sukhdev Sandhu from The Guardian

Interview with Jem Cohen from the White Review

Dialogue: Jem Cohen from the Drouth