On the occasion of the publication of Flare Out: Aesthetics 1966-2016 a collection of writings by Peter Gidal published by The Visible Press, John Smith reflects on his time as a student of Peter Gidal’s at the RCA in the 1970s. Flare Out will be launched at Tate Britain on Thursday 14 April 2016 with a screening of Peter Gidal’s films followed by a conversation between Gidal and the book’s co-editor Mark Webber.

I first met Peter Gidal at the Royal College of Art in 1974, where a diverse group of students that included myself would enthusiastically gather each week for his seminar.  Every Thursday morning Peter would introduce and screen a selection of films (always 16mm, video was from another planet), which everyone would then argue passionately (or bloody-mindedly) about until hunger got the better of them.  Everyone, that is, except me, who lacked the confidence and articulacy of my middle class contemporaries (I thought that I was middle class myself until I went to the RCA).  I was also slightly in awe of Peter, so I was terrified of saying the wrong thing in his presence.  However, when he showed us Back and Forth (1968-9), my first encounter with the work of Michael Snow, the film made such a big impression on me that I felt compelled to speak.  I was bowled over by the tension between representation and abstraction and how the work managed to incorporate illusionistic pseudo-narrative elements within a film which nevertheless made one constantly aware of its artifice and material construction.  I tried to explain why this felt so important to me and said that the combination of elements gave the viewer “a healthy relationship to the image”.  Quick as a flash, Peter came back at me with the response “And we all want healthy relationships, don’t we?”.  I shrank, even more than in the secondary school English class where I had pronounced ‘hyperbole’ as ‘hyperbowl’.

It took me some weeks to inflate myself again, but eventually I managed to open my mouth and learn to speak.  Over the course of three years those Thursday morning sessions contributed enormously to my development as a filmmaker.  Focussing mainly on British and American experimental film but also taking in the likes of Dreyer, Godard and Straub/Huillet, Peter exposed us to a broad range of work that stretched from Vertov to Valie Export.  I learnt through our often heated and invariably politicised discussions that you didn’t have to like a film to get something from it, and that arguments can be stimulating and enjoyable.  I realised that what you actually film is secondary to how you control its representation, that a film’s ‘drama’ can as easily be created by its material construction as its subject matter, and that meaning in film (and life) is infinitely malleable.  Perhaps most importantly for my own work, I realised that filmic construction can transform the ordinary into the extraordinary and that the most intense and engaging experiences can be generated by films that withhold or ration information and allow their viewers to imagine.

Peter’s own films are exemplary in this respect, and when I saw his early work Clouds (1969) for the first time at the RCA its effect was just as powerful as that of Back and Forth.  In terms of representational imagery, very little was delivered over the course of the black and white (or should I say grey and grey?) film’s ten minutes  –  just an occasional tiny and indistinct aeroplane (more a sign than an image) jittering uncertainly into the restless hand-held frame, together with one or two peripheral architectural details, minimal clues that nevertheless left me in no doubt that the empty rectangle I was looking at was a representation of an overcast sky.  But it was precisely this absence that made me aware of just how much was going on.  The film was alive with grain, dust, processing marks and scratches that fought for attention against the grey little world that was trying to break through.  But they didn’t win, and neither did the world; a dialectic was created that persisted throughout the film.  I perceived both material and representation as a rectangle filled with grain and dirt turned time and time again into a murky sky whenever the plane lurched briefly into shot.  Concentrating intensely on the ‘empty’ frame, I started to see faces in the clouds, or was it in the grain?  Was that a cloud?  Was that the sun coming out or was it the lens aperture being opened up?  Was the sky fluctuating in brightness or had the film been unevenly processed?  Watching Clouds made me aware that the most minimal of works could also be the most captivating and rewarding.  I shall be eternally grateful to Peter Gidal for depriving me of so much.

John Smith studied film at the Royal College of Art. Since 1972 he has made over forty film, video and installation works that have been widely shown internationally in galleries, cinemas and on television. Inspired in his formative years by conceptual art and structural film, but also fascinated by the immersive power of narrative and the spoken word, he has developed an extensive body of work that subverts the perceived boundaries between documentary and fiction, representation and abstraction. Often rooted in everyday life, Smith’s meticulously crafted films rework and transform reality, playfully exploring and exposing the language of cinema.

Peter Gidal studied theatre, psychology and literature at Brandeis University, Massachussets, 1964-68, and the University of Munich from 1966-7. He studied at the Royal College of Art from 1968-71 where he went on to teach Advanced Film Studies until 1984. He was an active member of the London Film-makers’ Co-operative since 1969, and Cinema Programmer there from 1971-4. Co-founder of the Independent Film-makers’ Association, 1975, he served as a member of the British Film Institute Production Board, 1978-81. 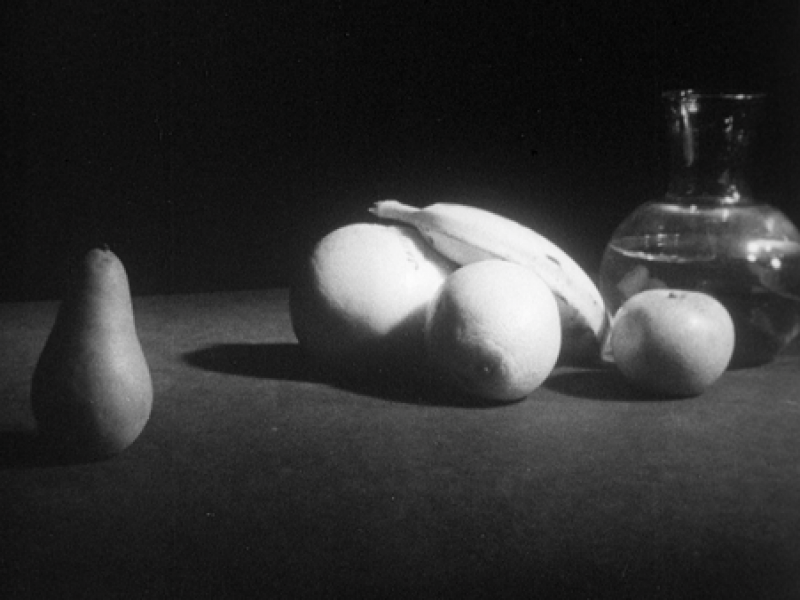