Midsummer Night is a time where those that are resting, philosophers, artists, and writers from different periods, can expand on their lives and work, forming debates with their counterparts. We, as spectators can witness their realm and tune into their frequency through this reimagining which will take place at LUX on this magical night. The event will expand upon Trevor Mathison’s recent audio commission for The Stuart Hall Foundation at Highgate Cemetery, The Conversation Continues: We Are Still Listening, with tonal poetic movements, reflective visuals from Highgate cemetery, and experimental spoken word.

The Conversation Continues: We Are Still Listening was commissioned by the Stuart Hall Foundation in partnership with Highgate Cemetery and LUX, and with funding from Arts Council England and The Elephant Trust.

Trevor Mathison is an artist, musician, composer, sound designer and recordist. His sonic practice – centred on creating fractured haunting aural landscapes and integrating existing music – has featured in over thirty award-winning films. Trevor was a founding member of the cine-cultural artist collective: The Black Audio Film Collective (BAFC, 1982 -1998), where his sonic designs defined and situated the Collective’s film and gallery installations, including Signs of Empire, Handsworth Songs and The Last Angel of History. Mathison has continued to work with some of his former collaborators from BAFC (John Akomfrah, Lina Gopaul and David Lawson) creating sound design for installations and feature documentaries, including Mnemosyne, The Unfinished Conversation, Peripeteia, The Stuart Hall Project and The Nine Muses. Recent compositional scores feature in John Akomfrah’s and Dredd ScoXs’ Slave Rebellion Re-enactment 2019 and Garret Bradley’s award-winning feature America 2019. Mathison has also founded and been active in a number of other experimental sonic groups – Dubmorphology, Hallucinator and Flow Motion. Dubmorphology is a production and performance group with fellow media artist, Gary Stewart which conceptualises, produces and performs sonic and visual events – site specific installations and large-scale ambient scores that have formed the basis for moving image works. His most recent work with Dubmorphology, Colony, 2021, was commissioned for UnNatural Histories as part of Coventry Biennial. Mathison has also been a pioneer of sound installation work. In 2020 at CAPC in Bordeaux, he was commissioned to make a sonic response to Lubaina Himid’s installation Naming the Money. His most recent sound performance was for the African Digital Innovation Festival 2021, a live-streamed sonic event between London and Johannesburg South Africa. It comprised a digital sound clash between electronic musicians.

Gary Stewart is an an interdisciplinary artist working at the intersection of sound, moving image and computational creativity. His work examines social and political issues of identity, culture, and technology. Through the application of innovative technologies and practices he is part of a global network of collaborators who are advocates for equality, climate justice and better health through the arts especially those from marginalised communities. Operating through a range of theoretical, fictional, and artistic frames his work traverses media art, experimental music, and research.

Paul Mendez is a British writer. His début novel Rainbow Milk, an Observer Best Débuts choice, was shortlisted for the Polari First Novel Prize, the Gordon Burn Prize, the Jhalak Prize, the Lambda Literary Award in Gay Fiction and a British Book Award (Fiction Début). He has written for, among others, Vogue, Esquire, Harper’s Bazaar, The Face, the London Review of Books, the WritersMosaic and the BBC. He is currently adapting Rainbow Milk for television, while reading the MA in Black British Literature at Goldsmiths, University of London.

Aniruddha Das is an experimental electronic musician and sound artist focussed on exploring the relationship between rhythm and noise. Using principally the medium of sampling, his emphasis is on minimalism, repetition and fragmentation in sound. Under the moniker of “Dhangsha,” he has performed in the UK, Europe and Colombia and released on a number of underground labels. He has collaborated with artists Trevor Mathison and Gary Stewart for over ten years as an auxiliary member of their project “Dubmorphology.” Aniruddha is currently a commissioned participant of the AHRC funded initiative “Exploring Cultural Diversity in Experimental Sound,” based at the University of Greenwich and examining the relative lack of Black and South Asian practitioners in experimental music and sound art in the UK.

Kate Shortt studied at Guildhall school of music in cello, and additional Jazz studies in singing/piano. Her work in varying genres include pop/jazz/contemporary/Fado classical and theatre. Pop artists include Simon Le Bon of Duran Duran, Gary Kempof Spandeau Ballet and the band Take That. She is a former member of the Austrian based piano trio ‘Line 3’ performing the works of Austrian composer Norbert Zehm. Kate has played regularly with the Northern Lights Symphony Orchestra and has worked for the London Symphony Orchestra as assistant animateur leading education workshops. She performs her own one woman show ‘Shortt and Sweett’ with original material. Her debut poetry book ‘Swimming With Labradors’ was recently published by Book Printing UK www.kateshorttmusic.com

Zanna Evans is a classically trained, versatile freelance harpist currently based just outside Oxford. She has performed at a variety of venues including The Royal Albert Hall and Royal Festival Hall. She loves performing and collaborating with other artists and has performed with poets,a DJ, singer songwriters and plays a variety of music. Zanna particularly loves Latin and jazz which grew through being part of the International Harp Jazz Foundation. She has attended several of their Academies, most recently in Rotterdam, The Netherlands in 2014. Zanna studied at the Federal University in Rio, Brazil in 2013 with Cristina Braga and released her debut album, Dreams Rising in April 2014, a collection of Latin American songs in collaboration with Brazilian artists. She is a founding member of bi monthly Jazz jam across London, set up in 2017, working with Brenda Dor Groot and Tara Minton. She was on the planning team for the UKHA debut event, Wild Strings in 2018 at the Royal Northern College of Music, a platform bringing amateurs and professional jazz harpists together for the first time in the UK . She co led a workshop with Eleanor Turner for young harpists at Royal Northern for Wild Strings. Zanna plays at weddings and other functions throughout the UK and is also busy teaching private students. 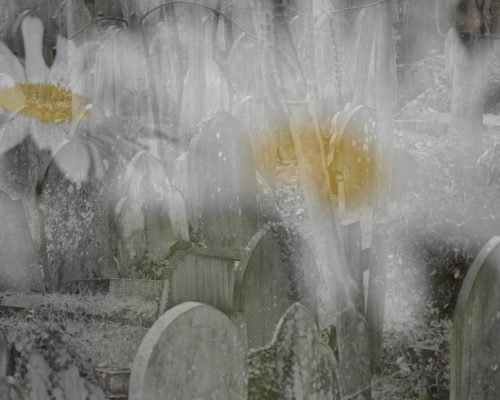 The Conversation Continues: We Are Still Listening, Trevor Mathison