Our celebration of the 50th anniversary of the London Filmmakers’ Co-operative continues with a special collection of film performances curated by Annabel Nicolson.

Some of the most radical work of the Film Co-op in the 1970s was in the area of Expanded Cinema. The dynamics of image, light and space were explored within the projection situation, and the filmmaker was often an integral part of the performance. This programme includes lesser-known projection pieces, performances and works with light, reappraised by the artists. 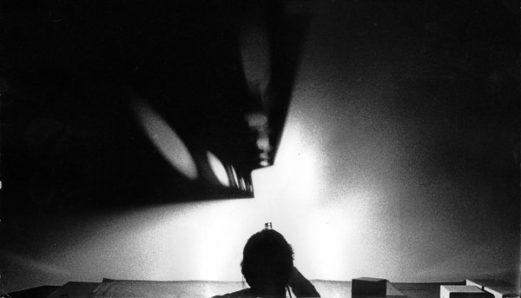