Keren Cytter (b. 1977, Tel Aviv) lives and works in Berlin. She studied at Avni Institute for Art, Tel Aviv and De Ateliers, Amsterdam. After graduating, Cytter has made several works that have been shown internationally including the Date Series (2004, a series of short narratives written, filmed and produced in the period of one year), The Victim (2006), Repulsion (2005; after Polanski’s Repulsion), and The Milk Man (2003).

In addition to creating video installations for her shows, Cytter is also a critically acclaimed writer: Alexia (2001) was her first published journal and her first novel was Yesterday’s Sunset (Shadurian, 2003). Her latest work includes The Man who climbed the stairs of life and found out they were cinema seats, a stylistic approach to cataloguing her narrative films. In addition to novels and journals, Cytter has published poems and written the libretto for the chamber opera, LE VOISIN (by Thomas Myrmel). Cytter’s work has been shown in museums and galleries around Europe, such as the Irish Museum of Modern Art, Dublin Stedelijk Museum, (Amsterdam), Museum Moderner Kunst Stiftung Ludwig (Vienna), Galleria d’Arte Moderna e Contemporanea (Bergamo), Kunsthalle Zurich, and Frankfurter Kunstverein (Frankfurt), KW Institute for Contemporary Art, Berlin, Elisabeth Kaufmann Gallery (Zürich). Cytter was also awarded the Baloise Art Prize at the Art Statements sector of Art 37 Basel. 2006, and History in the Making or the Secret Diaries of Linda Schultz, her live theatre piece created in collaboration with D.I.E. Now, was presented at Tate Modern in 2009. 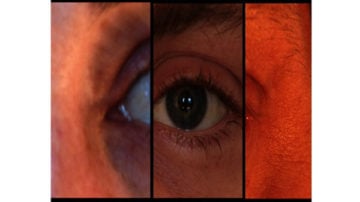