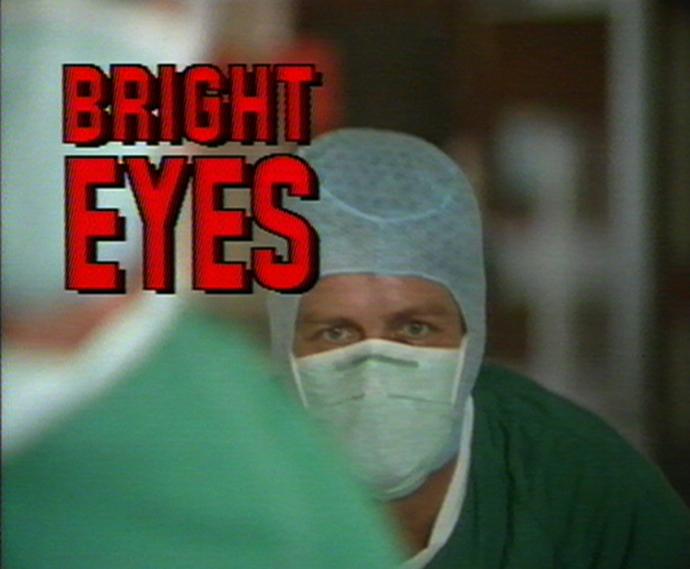 LUX is pleased to present a new series of screenings, texts and discussions curated by artist and writer Conal McStravick considering what the history of radical and activist video practices can teach us about how to respond to the current COVID-19 pandemic.

Picturing A Pandemic looks to the moving image archive to examine the ways that video as a practice, technology, and commons offers the tools for women, LGBTQIA, people with chronic conditions and people of colour to stage liberations, survive crises as collective and embody activisms past, present and future.

On 11 March 2020, the World Health Organisation declared the COVID-19 outbreak a global pandemic. The virus has spread rapidly through close contact with potentially lethal consequences for vast numbers of people including those with underlying health issues and the elderly. Within the first four months of the disease in the absence of any cures or treatments there have been nearly half a million cases in more than 190 countries. The pandemic has resulted in over 20,000 deaths and 112,000 recoveries and escalated to over 180,000 deaths and 700,000 recoveries.

In response to the initial COVID-19 outbreak in Wuhan, Hubei Province, China, the city went into indefinite lockdown on 23 January to limit the spread of infection and to inhibit the inordinate pressure placed on healthcare systems that have strained to treat the growing numbers of sick. A delayed global response and continued community transmission have led to further outbreaks in South Korea, Taiwan, Iran, Italy, Spain and all corners of the globe. Whilst South Korea, Singapore and Taiwan report that the epidemic is under greater control owing to large-scale testing and self-reporting, infection rates in the US, the UK and many other countries have continued to spiral as they have already done so in China, Iran, Italy and Spain.

There has been a pattern established across the globe as large urban centres and entire countries have gone into lockdown. The economic inactivity has led to substantial economic shockwaves and increasing unemployment prompting state interventions to support industries and those laid off work or furloughed indefinitely. The current list of countries in lockdown totals approximately a third of the world’s population. As Wuhan came out of lockdown on 8 April pending fewer cases the remainder of the world faces months, or possibly even years, of continued disruption until an effective vaccine or medical treatments become widely available.

The COVID-19 epidemic asks us to ponder how we protect the elderly, the sick and those prone to infection including health and care professionals and other key workers from the unforeseen consequences of long-term quarantine. For those that live alone, those with abusive partners and family members, those with disabilities and chronic conditions, those on low or precarious incomes, those with heightened mental health needs, those stigmatised or abused due to their race and ethnicity and simultaneously at higher risk of infection. It compels us to consider how to forge solidarity, community, care structures and kinship to continue to reach out and show empathy; how to be in touch if not in physical contact.

Since video was established as an art and activist medium in the late 1960s and early 1970s activisms of care have foregrounded the health of vulnerable and overlooked groups in society with and as part of the civil rights, women’s and LGBTQIA liberation and decolonial movements. Video was a vital tool in emerging political and social struggles and global calamities like the AIDS epidemic. Acting collectively through video co-operatives and organisations, artists and activists used video to express the demands for sexual and reproductive health, expose crises and share information as a new form of treatment activism; to inform people of how to promote public health and organise community activism and care; to speak directly to the government to take more action and work collectively and collaboratively to secure health and wellbeing as universal rights.

Picturing A Pandemic will invite organisations and artists to share their work, cultures and histories to look at how these organisations have worked together to emphasise the needs of women, LGBTQIA, people with chronic conditions and people of colour, to keep us in touch and informed as the COVID-19 pandemic takes shape and changes our lives.

Picturing a Pandemic is organized in collaboration with Vtape, Toronto, Canada’s leading artist-run not-for-profit distributor of video art. In 1989, Vtape collaborated with Video Data Bank to distribute the historic 3-part series VIDEO AGAINST AIDS, a provocative and inspiring counter-representation of the AIDS crisis. While the series is out of print, many of the individual titles are available. Contact Vtape for more information.  www.vtape.org

Picturing A Pandemic: Art and Activism of Survival on Screens from the Women’s Health, LGBTQIA, Crip and Decolonial Archive.

Part 1: Bright Eyes
The series begins with Stuart Marshall’s Bright Eyes (1984) a documentary that helped to give shape to and document AIDS cultural activism and the global AIDS pandemic in the US, the UK and internationally. The film is accompanied by an interview between Rebecca Dobbs, Director of Maya Vision and Stuart Marshall’s Producer and Caroline Spry of Independent Film and Video, Channel Four, who commissioned the film.

Part 2: Over Our Dead Bodies
Stuart Marshall’s Over Our Dead Bodies (1991) documents the origins of the AIDS activist movement in the US and the UK and the gay community’s growing anger and frustration with the totally in adequate response of the US political and medical establishment to the epidemic.

Part 4: Sweet Sugar Rage, on view from 24  to 30 June 2020
Sweet Sugar Rage is a 1985 documentary by Sistren Collective, the working class women’s theatre collective founded in Kingston, Jamaica in 1977. The film exposes the exploitation of women’s labour in Jamaica’s sugar cane fields and shares the themes and methods of Sistren’s workshops and theatre in the context of their wider efforts in education, employment rights and community activism.

Part 5 in the series presents the works of Jay Bernard, Evan Ifekoya, Zachery Longboy and Kent Monkman that uncover the normalisation of racist politics and the unexamined prevalence of racist, homophobic and transphobic institutions and government policies to re-forge old and new activisms.

Part 7: The Asshole Is A Tense Hole and Womb With a View

Picturing a Pandemic Part 7 marks the finale of the series with a screening of Bob Huff’s The Asshole Is A Tense Hole (1985) and Sherry Millner’s Womb With A View (1983). These films consider affect, theatricality and video and television vernaculars as tools to address and acknowledge continuities between women’s health and LGBTQ+ healthcare in the context of the coronavirus pandemic as a political and media event.

Online Exhibition: The Asshole Is A Tense Hole and Womb With a View

Reading: An interview with Bob Huff on The Asshole Is A Tense Hole (1985), his solo and collaborative AIDS video activist works and treatment activism for ACT UP. 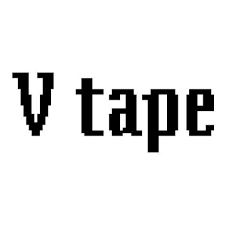 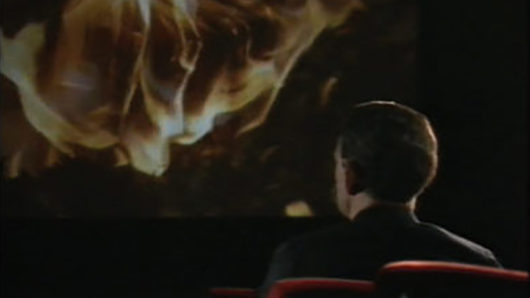 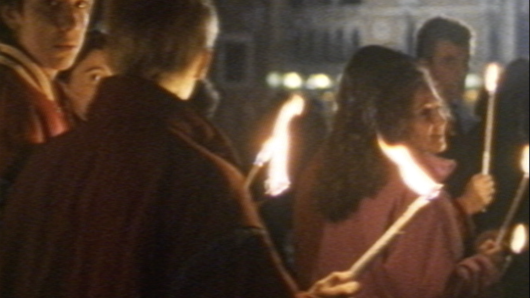 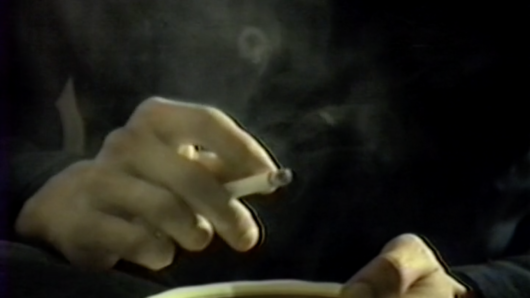 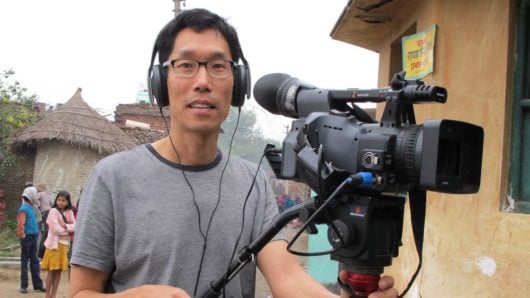 Blog Picturing a Pandemic: An interview with Richard Fung and Conal McStravick, May 2020 1 Jun 2020 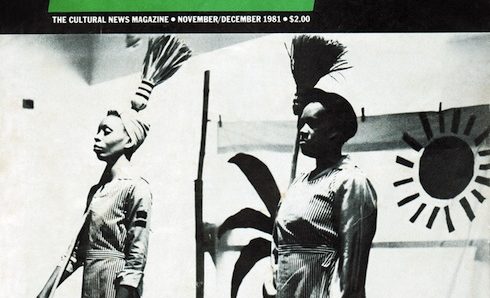 Blog Picturing a Pandemic: An interview with Lana Finikin and Honor Ford-Smith 23 Jun 2020 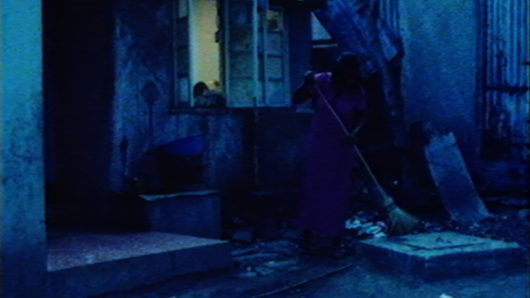 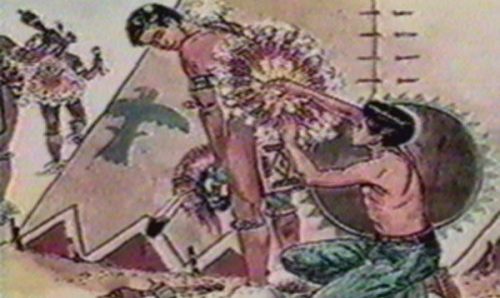 Blog Picturing a Pandemic: An interview with Zachery Longboy 9 Jul 2020 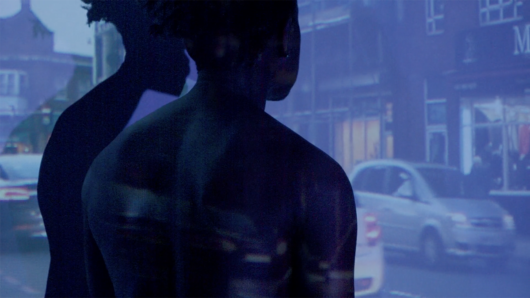 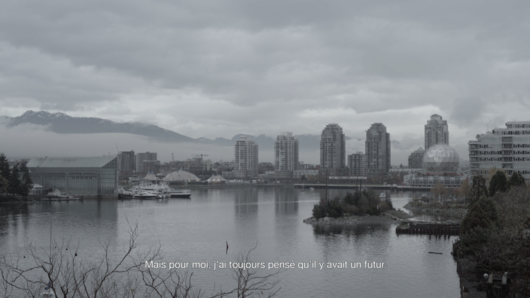 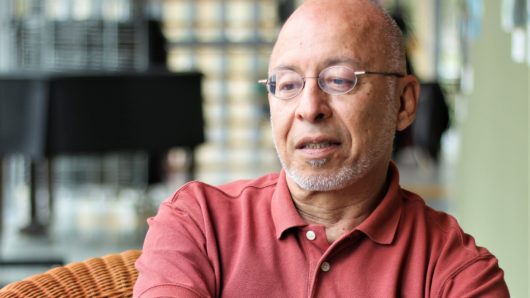 Blog Picturing a Pandemic: An interview with Andre Reeder 30 Jul 2020 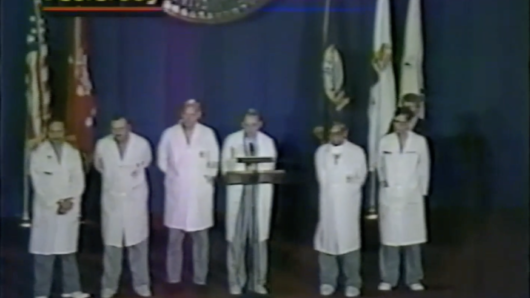 Online exhibition Picturing a Pandemic Part 7: The Asshole Is A Tense Hole and Womb With A View Thu 5 - Wed 11 Nov 2020 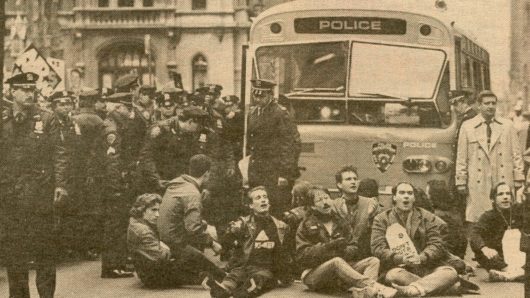 Blog Picturing a Pandemic: An interview with Bob Huff 4 Nov 2020