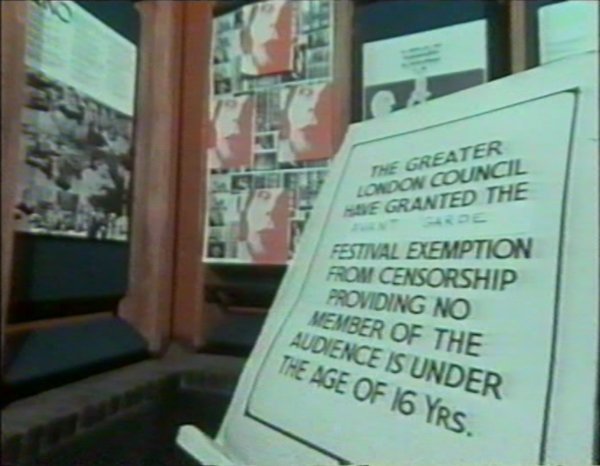 Throughout the year, marking the 50th anniversary of the London Film-Makers’ Co-operative, LUX has celebrated the LFMC’s legacy with a series of screenings, performances, talks, commissions and publications. In partnership with the BFI, we presented a monthly Experimenta strand at the BFI Southbank, programmed by the original cinema programmers of the LFMC Cinema. As this season comes to a close, we have asked William Fowler, Curator of Artists’ Moving Image at BFI National Archive, to reflect on the Co-op’s history with the BFI, in particular its role as a screening and presentation venue.

In 2016, the BFI hosted LFMC50: a monthly programme organised in collaboration with LUX that celebrated and explored the history of, and the ideas that informed, film presentation at the London Film-Maker’s Co-op.  Original LFMC cinema programmers revisited debates and ideas from their time and frequently challenged conventional ideas about film presentation and programming, whether by screening expanded cinema works, projecting non-standard formats or by handing the process of curation to a contemporary programmer, in effect continually redefining what LFMC50 was whilst also evoking the literal and metaphorical flexible space that was the Co-op in its various guises.

In its own lifetime, the London Film-Makers Co-operative regularly collaborated and presented work at the BFI, or rather the National Film Theatre as it had been from 1951 to 2007. Screening work at the UK national cinematheque introduced new films to a broadly cinephile audience, whilst also promoting artist and experimental cinema as a vanguard form within the legal framework of a club cinema, thus avoiding censorship restrictions. This notably highlighted British films, which, through the Sixties, had been given much less critical attention and screening time than American titles.  Experimental or essayistic films screened moderately regularly at the NFT over the years; programmes overseen by the Co-op or individual Co-op members brought counter-cultural ideas and audiences – including actual filmmakers – into the building; and for some time Co-op artist David Larcher even parked his truck/lab/home on the river front outside the main entrance. 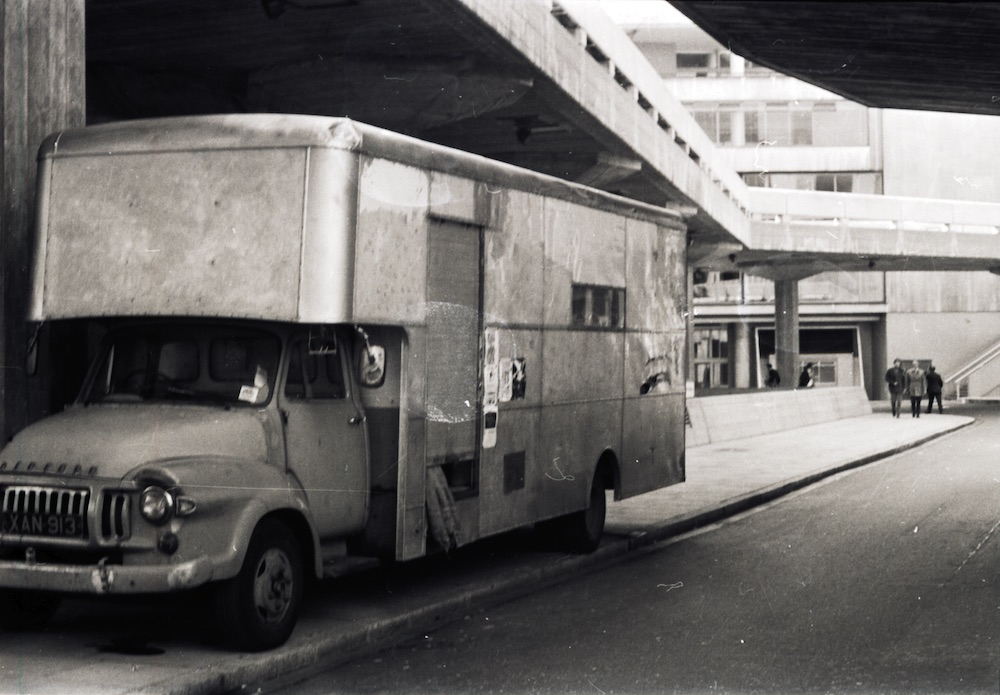 The International Film Underground Festival of 1970 was the first significant collaboration between the organisation and the Co-op (the organisers were David Curtis, Simon Field and Albie Thoms and other partners included Cineindependent, the New Arts Lab, the Oxford Film Co-op and the Other Cinema). In it, filmmakers from all around the world presented works, with over sixty taking to the stage for the ‘John Player Lecture’ – a platform that usually saw an individual – a filmmaker or an actor, and later also writers – discuss and provide an overview of their career. Its iteration at the festival in 1970 challenged the idea of a star or ‘auteur’, and prefaced later developments about how organisations such as the BFI might engage with a group organised on non-hierarchical, Marxist principles.

The occasion was busy, and, due to the buzz and controversies surrounding underground filmmaking, received not inconsiderable attention in the press.  A report in trade paper The Daily Cinema highlighted an uncertainty that existed between the industry and this new type of filmmaking, with a nervous reviewer bravely reporting back: ‘On entering the foyer I was immediately aware of a large number of hippies – all looking very intense, many of them sitting on the floor waiting to take their seats in the theatre.  A large notice read, ‘No Smoking, not even Pot,’ and feeling rather out of place, I settled down to a long delay before the programme started.’  The irony that smoking was banned when the sponsor, John Player (who paid for print transport), was a cigarette brand appears to have gone without comment.  Further strangeness occurred when, as artist Ian Breakwell later recalled, a group of train-spotters turned up on the first day.  They had been expecting films about the London underground transport system.

The National Film Theatre had presented experimental programmes before, notably hosting ‘Beat Square and Cool’ in 1960 (showing films by Stan Brakhage, Robert Frank, Jordan Belson, Maya Deren and Willard Mass plus other titles from Amos Vogel’s Cinema 16 catalogue in New York) as well as ‘The New American Cinema’ in 1968, an international touring exposition organised by Jonas Mekas and P. Adams Sitney.  But from 1970 onward, it often worked  with the LFMC.  The 1973 Festival of Independent Avant-Garde Film (the name reflecting a change in how filmmakers saw themselves) again saw international figures come to London whilst also highlighting the importance of the debates and work that had been happening in the UK since the previous survey. Individual representatives of the Co-op also presented programmes in the 1970s. Peter Gidal, for example, programmed ‘Independent Cinema Four Features’ early on in the decade and then eighteen programmes of ‘Structural Films’ to coincide with the BFI publication of his Structural Film Anthology in May 1976.  The BFI was better resourced to book films from abroad though on these occasions most prints came from the Co-op.

As production increased in the experimental and underground scenes, so too did support from the BFI Production Board. This created a tension around the hierarchical position of the feature film and the expectations of what a developing practice might consist of, or how it might represent itself. Co-op members Jeff Keen, Stuart Pound, Lis Rhodes, Peter Gidal, Sandra Lahire and Nick Gordon-Smith all received production support; and Stephen Dwoskin, Malcolm Le Grice, William Raban, Patrick Keiller, Anna Thew, Margaret Tait and Nina Danino produced either feature or mid-length films through the BFI. All films supported or produced by the BFI typically entered both the BFI and LFMC distribution collections and often premiered at the National Film Theatre.

Of course, there was no absolutely rigid distinction between an NFT audience and an LFMC one, but marking a screening as being organised by the LFMC did highlight certain approaches and historical positions.  In the early 90s, the LFMC programmed the monthly ‘Avant-Garde Showcase’ slot alongside the ‘Electronic Image’ strand overseen by what was then London Video Access. This indicated clear delineations in terms of format and context. From circa 1988 onward, the London Film Festival experimental film strand also became merely titled ‘London Film-Makers’ Co-op’, the term conflating the type of films shown, the organisers and even the venue (all work was screened at the Co-op building on Gloucester Avenue, Camden Town).  Experimental filmmaking and the London Film-Makers’ Co-op became, then, entirely synonymous with each other in the programming literature of the BFI.  Notable screenings and events included the touring programme ‘Hygiene and Hysteria’, curated by Sarah Turner and Ian Rashid, plus a Guardian sponsored interview with Carolee Schneemann led by Tina Keane.

From the internal perspective of the British Film Institute, what experimental or avant-garde film was and meant varied and could be contentious as it engaged with and supported different filmmakers and filmmaking groups.  Different voices at different times also shaped the BFI’s engagements with the Co-op, as well as broader independent, artist and experimental filmmaking.  Peter Sainsbury in production, Heather Stewart in distribution and Roger Whitney in the archive all attended LFMC screenings in its different eras, and were engaged with alternative and experimental film discourse, thereafter steering the BFI in their respective areas.  It was BFI Production Board head Mamoun Hassan’s decision to invite Malcolm Le Grice, a prominent artist and organiser at the Co-op, to join the board that brought an actual Co-op member into the BFI fold.

How, and to what extent, the BFI supported the Co-op, and indeed the larger independent film sector, was a continued source of heated debate and it inadvertently reflected the mixture of antagonism and positive action that had been spelt out in the telegram that marked the founding of the LFMC back in 1966.  Sometimes, indeed often, a locus for frustration and mixed feelings, the National Film Theatre was still one of the very few venues to present artist and experimental films, and many of those presentations directly involved the London Film-Makers’ Co-operative, or its associates. Neither body exists as they once were – the National Film Theatre went on to become BFI Southbank in 2007, and the LFMC distribution collection is now handled by LUX. However, outside of their internal differences, the name changes and shifts also indicate much larger transformations in both cinema culture, and ideas around community and identity.

That being said, BFI Southbank now presents the monthly ‘Experimenta’ strand – a revival of sorts of the ‘Avant-Garde Showcase’ slot overseen by the Co-op back in the 1990s – as well as artist film seasons. And, of course, it was here, in 2016, that LFMC50 found its home. 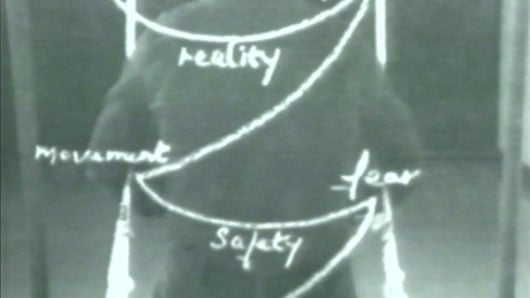 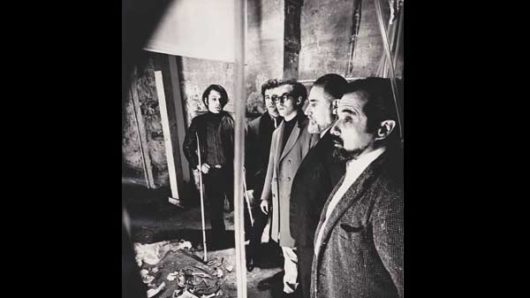 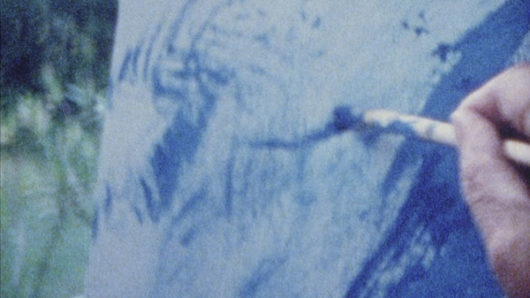 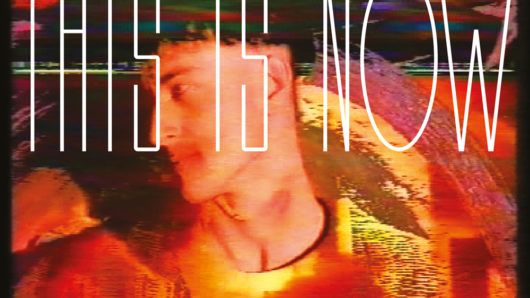 Video This is Now: Film and Video After Punk Various Artists