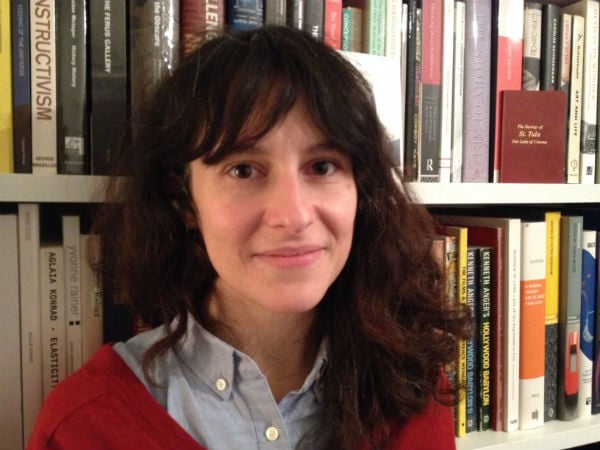 We are very happy to announce that Maria Palacios Cruz will be joining us from January 2015 as the new LUX Deputy Director.
Maria Palacios Cruz (1981, Spain) is a curator and former director of the Courtisane festival in Ghent. She has been responsible for screenings, events and exhibitions at festivals and institutions including Cinematek Brussels, Impakt Utrecht, Wiels Brussels, MuHKA Antwerp, Argos Brussels, Videoex Zurich, Animate Projects, Instituto Cervantes and Paris Centre Pompidou. From 2007 to 2011 she was a producer at Atelier Graphoui in Brussels and she worked previously as distribution manager at Argos, centre for art & media. She has lectured and written extensively on artists’ moving image and teaches currently at Kingston University and Central Saint Martins in London. Together with Mark Webber and William Rose, she is the co-founder and manager of The Visible Press, a London-based imprint for books on cinema and writings by filmmakers.