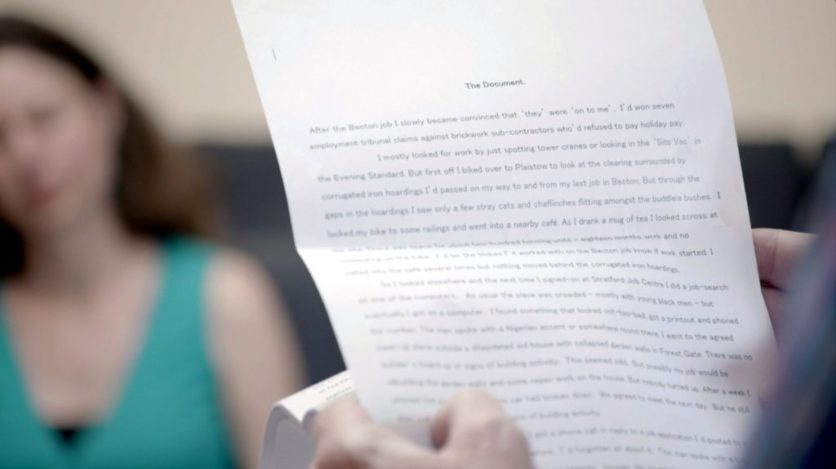 It is relatively easy to distil the political to a cool academicism, to view it only via the lens of historiography or to abstract it as a subject for detached art-historical amusement; rather less so to tackle the here-and-now, here and now; to seek an art which acts.

London-based filmmaker Lucy Parker began making work on 16mm: lyrical and quite beautiful films which quietly observe the many porosities between private and public, bounded and free. With Writers’ Group (2013), her practice changed course dramatically, and her earlier confidence with the image met a newly complex, nuanced and politicised enquiry which defines her work to date.

In retrospect, it was the research-based approach of Writers’ Group which was to underpin her more recent work. A study of a regular meeting of amateur writers, the film seems to hinge around its observation of group dynamics, the gradual assumption of roles in a sealed system the logical product of the will to power. However, these are not echt writers but actors simulating writers, and the fly-on-wall verité is nothing but a sham. That is to say, the truth is rather more complicated, and is what activates the film, both in itself and as a fulcrum for Parker’s career.

Writers’ Group arose from her research around the Federation of Worker Writers and Community Publishers, a self-organised, socially-motivated network of writing groups. Rather than work with one of the groups themselves either as straight documentarian or Rouchian re-stager, which would have compromised the group’s normal behaviour – or indeed have established a distasteful power dynamic between artist-observer and group – Parker chose to distil her experience of the groups themselves to surmount the status of document yet remain bounded by a desire to represent something of the truth of her experience.

Crucially, to exist in this zone of suspension relies upon a sense of the active, of the still-continuing, which the normal parameters of the conventional documentary or fiction forms prohibit. Workshopping characters with the actors instead of producing a script, which would undoubtedly have caused the film to ossify, Parker allows the film room to unravel. If this process is nothing new, even in mainstream cinema, it is Parker’s synthesis of it, with her sensibility of anti-determinism, and the fact that her background research is not sublimated but continues to foreground the film, which marks it.

The central tension with Parker’s work, as with any which seeks engagement with the real, not to mention the current or urgent, is how to square the observational with the necessary sense of criticality that might distinguish it from that which merely documents. How, indeed, to initiate a dialogue via a form predicated on the finite, the didactic, the anti-discursive? A dialogue post factum is easy enough once the work is exhibited; one within the mechanics of the film itself, and not simply part of its surface gloss, somewhat harder.

Nevertheless, for this discursive mode to succeed, it need not be made manifest. If in Parker’s practice it is sometimes partly or wholly invisible in the finished works, it is to their merit, not least ethically. Her refusal to use the badge of the ‘real’ as a short-cut to an easy profundity – to unspool the relationships she has built via research verbatim or to parade those ‘real people’ she has discovered – safeguards not only the impact of that research but the protagonists too.

One of the people Parker met as part of the research for the film was bricklayer George Fuller who had been blacklisted – effectively prevented from finding secure work again – for ‘organising a petition over homelessness’. Her discovery of the blacklist opened up a history of which she knew nothing, and felt compelled to find out more about. She is now in the final stages of working with producer City Projects to secure funding for a long-form film, Blacklist, from which several other smaller projects, including Apologies and Conversations Between Blacklisted Construction Workers, both acting as research documents of a kind, have been realised.

Established by the Economic League and continued by The Consulting Association, the practice of workplace blacklisting secretly targets trade unionists or other ‘troublemakers’ simply for organising or advocating. While now formally acknowledged, the blacklist is a running sore, particularly for the workers involved, who have seen not any of those responsible prosecuted as a result. Politically, it is one mechanism by which unionism has been dismantled and ‘subversion’ – that is, dissent – prevented; its seeming specificity around the construction industry a smokescreen, given the far-reaching ramifications of any further erosion of workers’ rights. This raw and present history is being pursued by Parker on its own terms, but the work also acts more broadly as a cautionary and timely essay about rights, and their refusal; and, as Apologies tracks, highlights notions of forgiveness, remorse and ‘closure’, particularly where adversaries are unequally matched.

Parker’s omnivorous approach to the Blacklist project is evidence enough of her resolve that it should not only depict but act, or urge to act; and to seek to foment change. While she has shown research-in-progress at Studio Voltaire, London, and Rhubaba in Edinburgh, she has also presented it at the Scottish Parliament; and although the production will be funded in part via the usual cultural sources, it has also secured funds from the unions themselves.

A belief that the status of cinema as popular idiom could – should – be afforded to artists’ moving image once again is quietly radical given the volume of work ostensibly made for the safe space of the gallery and no other. Parker’s ambition is that Blacklist acts both on its own terms, in art and cinema contexts, but also, since it will be made freely available to campaigning groups, in an instrumental way, as a means to inform and organise. In order for the film to move beyond being an art object or document alone, such a distributed, heterodox approach will prove essential: indeed, though precious few opportunities exist, exhibition in mainstream cinemas across the country would actualise such a transition.

Though it examines particular currents, Parker’s recent work situates itself as an appraisal of the means by which the left has been increasingly sidelined throughout the twentieth century, particularly within the workplace. Unsurprisingly, it is here, where solidarity has most chance of effecting change, that the socialist project has been most thoroughly eroded. Thatcher knew this, her ‘There is no alternative’ now a statutory refrain which cuts across right and centre in post-austerity politics. Blair knew this; Trump knows this. There is no quicker way to undermine a common cause than to neuter its hopes of ever becoming common.

It is one thing to practice an armchair Marxism, to tap out 140-character outrages, or to collapse struggle into aesthetics via the feedback loop of the gallery, but to seek to effect real change, to work towards an art which is active, means pursuing that which will transcend oneself, ultimately; and that requires courage and an attitude towards art practice and filmmaking alike which is electively deaf to their normal economies. It is a tough road: on one side lies bad art with a rigorous social conscience, on the other, bad art cut with an opportunistic proto-politics. Straight down the middle is hardest to ride, but Lucy Parker’s work, disarmingly diffident, quietly determined, seems set to do so.

Adam Pugh is a writer and designer based in Norwich.
adampugh.co.uk 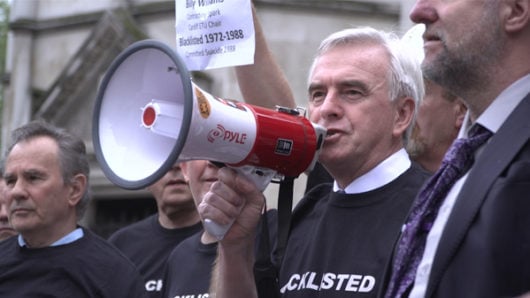 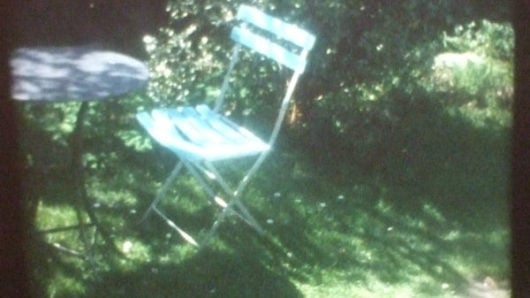 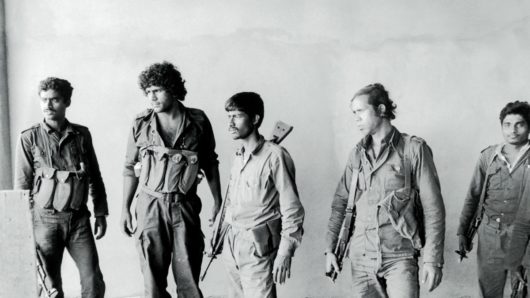