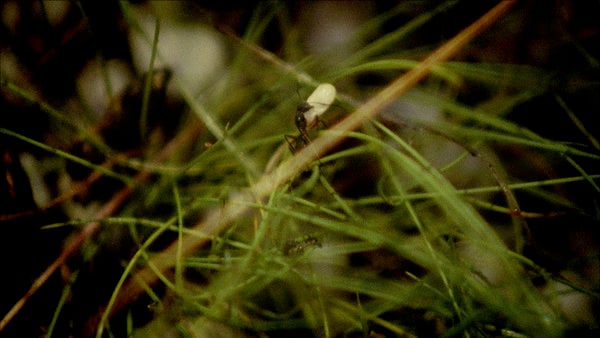 Expanding the representation of space towards a system of vision that considers other forms of movement beyond the more conventional latitude-longitude axes, Michael Snow’s La Région Centrale (1971) and Ana Vaz’s A Idade da Pedra (2013) offer, at a distance of more than forty years, two truly outlandish perceptive experiences.

La Région Centrale, Michael Snow’s three-hour film was entirely shot in five days in the Eastern Canadian forest in Quebec and relied on the creation of a complex mechanical apparatus—conceived by Snow together with film technician Pierre Abeloos— whose course and speed could be remotely controlled and allowed for a 360° movement of a 16mm film camera in all directions. No human or animal presences are seen on land, water or sky, only the vast, semi-flat natural area that surrounds the plateau where the machine was positioned: stones, mosses, clouds and a distant lake become its most distinctive features.

Moving at a relatively slow and steady pace, the camera scans the surrounding region as the arm that holds it gradually abandons any form of classical panning to flip and turn in all possible directions. The film’s sound is derived from the machine’s movement; the electronic sonorities clash with the natural landscape. Its repetitive, pulsating rumours stimulate a trance-like effect, while its irregular and unpredictable pace enhances a deep sense of hallucination.

Ana Vaz’s A Idade da Pedra departs from a vision so steady that only the sound of singing birds attests the passing of time. It consists of the image of the sun rising in a prairie, its light gradually dissipating the shadows of dawn and slowly bathing all that the eyes can see in a rich spectrum of colours. The film takes place in the central plateau of Brazil, the sertão, an arid and vast plain dotted with scrub. Its Portuguese meaning is untranslatable, not only because the sertão stands for an endemic landscape that is a space as physical as mental, but also because the term sertão sounds as ser-tão [be-much], containing in itself all the superlative possibilities of being: ser-tão, to be much, to exceed the inherent ontology of the self.

The naturecultural characteristics of this territory are scanned in a profusion of detailed and intense portraits of spaces, animals and people that reveal Vaz’s unique exploratory gaze. This landscape and its dwellers are the set for the artist to rethink the birth of the city of Brasília and its geological foundations, opening itself to a journey that becomes an intense moment of discovery of a hypothetical future as well as an occasion to reflect about the ideals and beliefs of modernism.

In their own manner, both films take the viewer onto a unique journey of discovery, not only of the remote territory they portray but also of another way of seeing. Gradually they break all sorts of conventional relations to space and time: latitude and longitude make no more sense as forms of measuring distance and location; the linear conception of history is scattered, and the disciplinary borders of geology, geometry, geography are shaken and twisted, fused onto a whirlpool in which images and sound stimulate a trance-like effect and offer an experience as contemplative as it is immersive. 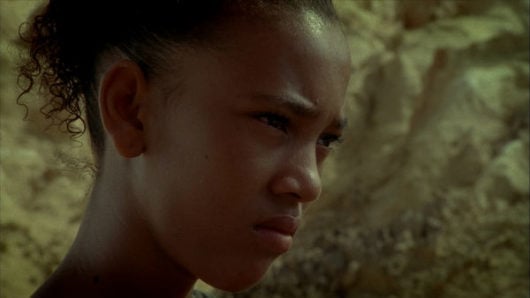 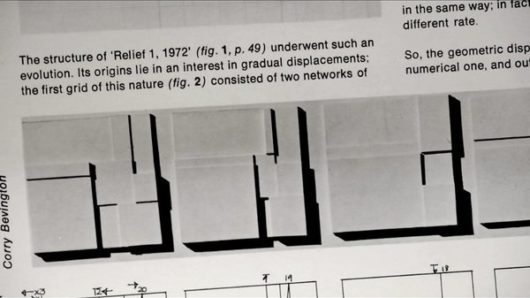