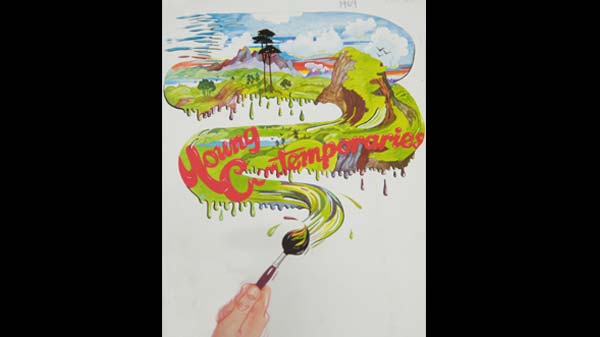 Over the last few months we have been working with New Contemporaries, the annual survey of work by recent art school graduates, to research the films and videos which have been selected for its exhibitions, with the eventual aim of producing a publication and perhaps an exhibition project. New Contemporaries has been running since 1949, but we had no idea when we started our research how early or how extensively moving image works might have featured. As our intern Anna Kontopoulou, who is coordinating the research, reports below, the results have been very surprising…

Established in 1949, New Contemporaries is an annual event offering recent art graduates from all over the UK a chance to exhibit their work for the first time. For the purposes of this project, we having been focusing only on moving image works which have been included. However, the issue of what classifies as moving image work or not is very relevant here, especially if one considers that we are looking over sixty years of New Contemporaries’ history.

So far, we have found almost 500 films and videos listed as being included in New Contemporaries exhibitions; and as the research continues, more and more questions around the process of archiving, collecting and curating come to the fore. Most interestingly though, the anecdotes, memories and personal stories that evolve around the main narrative of the New Contemporaries history are now beginning to unfold, giving us an insight into how artists’ experiments with film and video have changed (or not) over the years.

Just to give a sense of this rich history we have been uncovering, 1965 was the first year that films were selected for Young Contemporaries (as it was known until 1974).  The works screened included Hallelujah the Hills (1963) by Adolphas Mekas; Fireworks (1947) by Kenneth Anger; Towers open Fire (1963) by Antony Balch and William S. Burroughs; and a performance-film-lecture by Bruce Lacey. As if this selection was not controversial enough, the committee combined these with Bob Godfrey’s Alf, Bill and Fred (1964), Pierre Etaix’s Happy Anniversary (1963), and Mel Brooks’ first ever animation film The Critic! Yes, that is perhaps the only time Mel Brooks has been in a programme with Anger and Burroughs… The mystery behind the selection committee’s thinking has confused us ever since we begun the research, especially if one considers how most of these artists were not even 1965 graduates, or even from the UK; but as we move through the years, a clearer idea of the committee’s attempts to “spice things up” (as one year’s selectors put it) and the reasons behind it start to emerge. (We have gathered together the films from this year’s eccentric selection which you can watch online as an exhibition page.)

One of the years of particular interest is 1968, of course, and the Young Contemporaries’ invitation of the Light/Sound Workshop experimental group from Hornsey College of Art (1968), that seems to coincide with the legendary Hornsey Strikes Again exhibition: “part installation, part teach-in, part mobile canteen” in the summer of 1968, at the iCA. We have in fact tracked down some members of the Light/Sound Workshop (LSW) that took part in 1968’s events and it is fascinating to hear their memories of groundbreaking efforts to initiate experiments in kinetic/audio/visual environments, precursors to what we might now call “installations”.

The following year (1969) students attempted to set fire to the Royal Academy, and hence for the next five years “third area” work – which included photography, film, performance and ‘documentation’ art – was completely banned from the exhibition. In 1978, we were pleasantly surprised to find once again, a series of films selected for the exhibition, this time curated by Chris Welsby and screened at the London Filmmaker’s Co-Op.

It is in this period that the first women’s films and videos are shown, with works from, amongst others, Cate Elwes, Maureen Paley, Marion Urch, Joanna Comino, and Jane Alderson, all bound up with the increasingly politicised cultural climate of the late 1970s and the Women’s Liberation Movement. At the same period the Young Contemporaries exhibition included Gabrielle Bown and Chris-Meigh Andrews‘s film ‘The Viewer’s Receptive Capacity’ (1979).

After almost half a century of artists experimenting with film, today we find artists welcomed by the gallery space, film finally having being recognised as an artistic medium with its own specificities. More recent artists in New Contemporaries have included David Blandy, Phil Collins, Oriana Fox, Holly Antrum, Steve Bishop, Heather Phillipson, Una Knox, Laure Prouvost and Ed Atkins. As more and more New Contemporaries turn to the moving image as a medium, however, the need to look back at its histories becomes apparent. We have received a lot of feedback from participants so far, and interestingly enough every one has responded differently to our call, our intention being to include as many of those voices as possible.

We will be posting more about some of the interesting materials and memories which our research produces. But this first post also serves as an open call for everyone who has had a film or video in New Contemporaries and who we haven’t been able to contact so far, to get in touch. We are researching quite broadly at the moment and as well as trying to source viewing copies of all the works, we would also be very interested in any related ephemera (invites, posters, reviews etc) which people might have kept from the show. 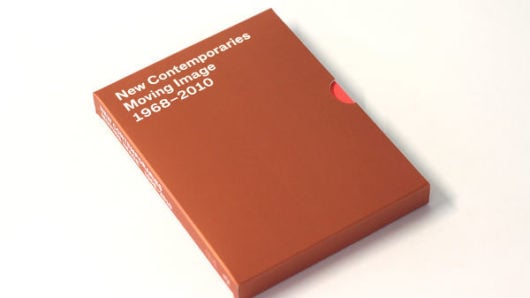 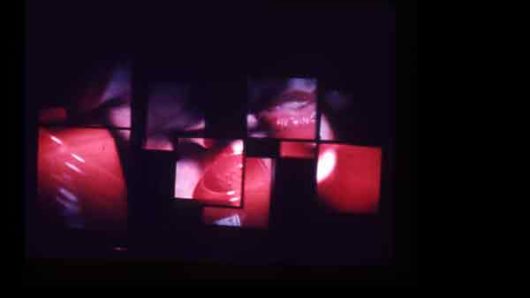