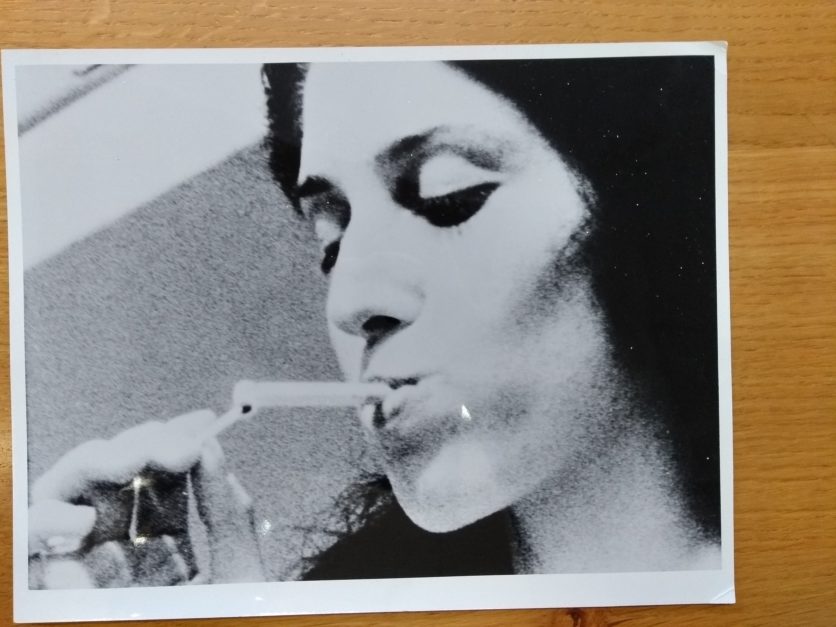 Barbara Gladstone in Me Myself and I

Towards the end of our last post, a COVID furlough ago, we were in Elgin Crescent, W11, some time in early 1967, and Ron Geesin and Gavin Bryars had just recorded the soundtrack for Dwoskin’s Naissant. With this, Alone, Soliloquy, and Chinese Checkers, Dwoskin had completed the quartet of New York-shot films that, at the end of the year, would make his international reputation at the Knokke experimental film festival, subject of an earlier post. This month we look at the first film Dwoskin started and finished in Britain, Me Myself and I – others were finished here, and others started. It was shot in one day during the summer of 1967, entirely within a bathroom that could be anywhere. In a sense it could only have been in Notting Hill; in another, though, it was an outpost of the New York scene Dwoskin was and would remain attached to.

In November 1966, the week of Merce Cunningham’s London residency, described in the last post, Ron Geesin’s diary records two meetings with Barbara Gladstone. Then living in Linden Gardens, near Notting Hill Gate, Gladstone was a dancer from New York, trained by Martha Graham – as Merce Cunningham had been a generation before. Earlier in the autumn of 1966 she had taken part in the famous Destruction In Art Symposium, whose attendees, organizers, and venues overlapped with the London Film-Makers’ Co-op’s, speaking on a panel with Yoko Ono. A while before that, back in New York, she had appeared in Barbara Rubin’s famously explicit Christmas in Earth – anonymously. It is only thanks to Mark Webber, who interviewed another participant in the film, Gerard Malanga, that I’m able to identify her. She died in 1995, aged 51, having become an academic and practising psychologist at Berkeley. 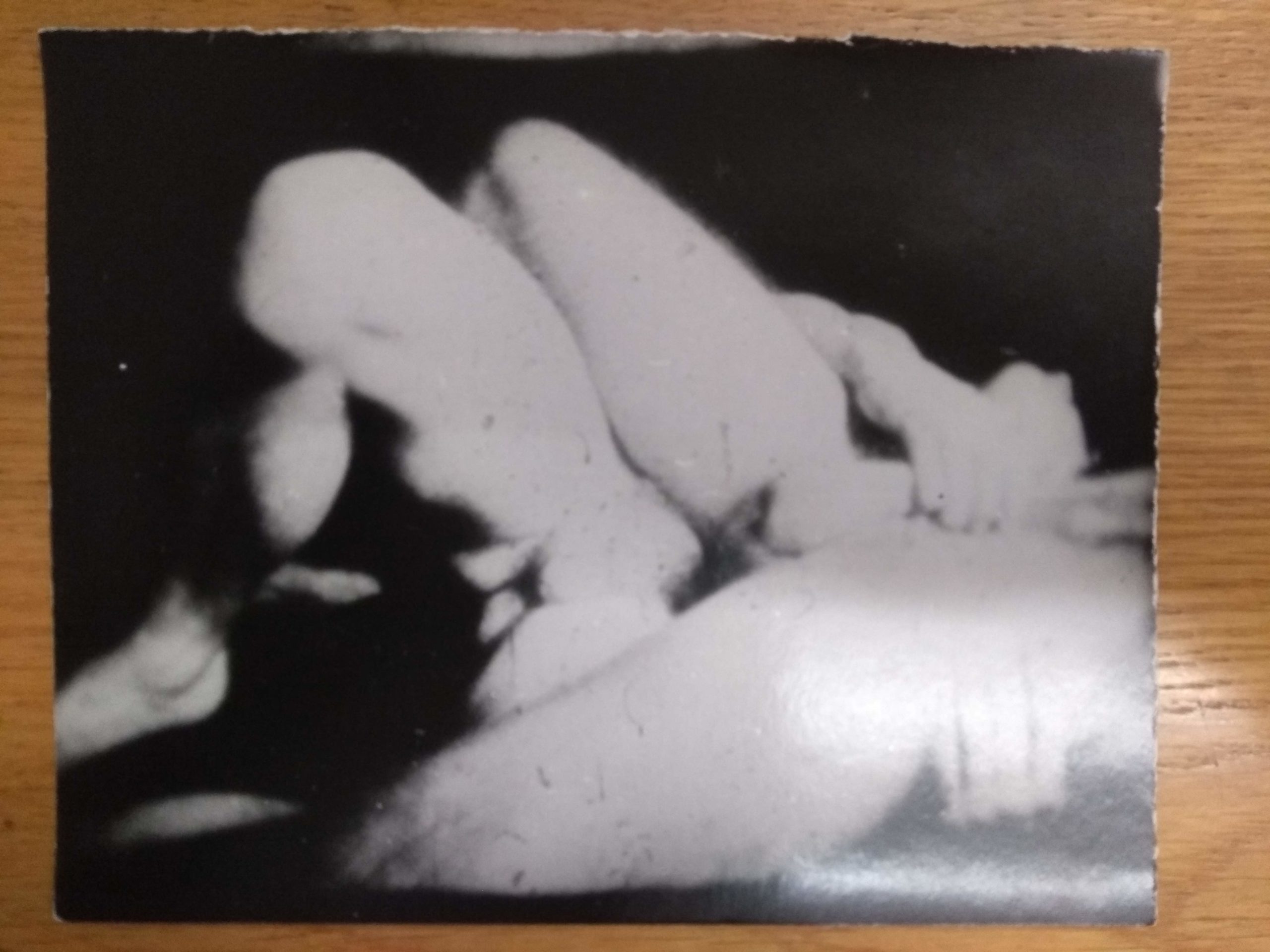 A still from Christmas on Earth found in the Dwoskin archive

Whether Dwoskin knew Gladstone in New York is still an open question. He was not a central figure in the underground scene, but nor by the sound of it was she. However it may have been, her meetings with Geesin and Dwoskin in late 1966 were towards putting on some kind of stage show. Dwoskin’s diary for 4 December 1966 says that the three of them spent seven hours on it, and convinced the producers, only for the project to fall apart because Gladstone, not unreasonably, wanted her dancers to be paid professional rates. The connection did not end there, however. At about this time, Gavin Bryars began providing music for Gladstone’s experimental dance classes in her basement in Linden Gardens, and in June 1967 they took part in a mixed-media performance at the Art of Movement Studio in Addlestone, Surrey – for which information I’m most grateful to Bryars, who has a copy of the programme.

Gladstone’s work, ‘Ladder Pieces’, was performed – improvised – by Vivian Gear, Powell Shepherd, Gladstone herself, and Brenda Dixon, her friend from the Mary Anthony Dance Theater in New York. “One could say that each dancer is a part of a mobile,” wrote Gladstone in the programme. “The strings that transfer and connect change are the very responsibilities of each dancer – the alertness, the aggression, the resting, the co-operation……..” 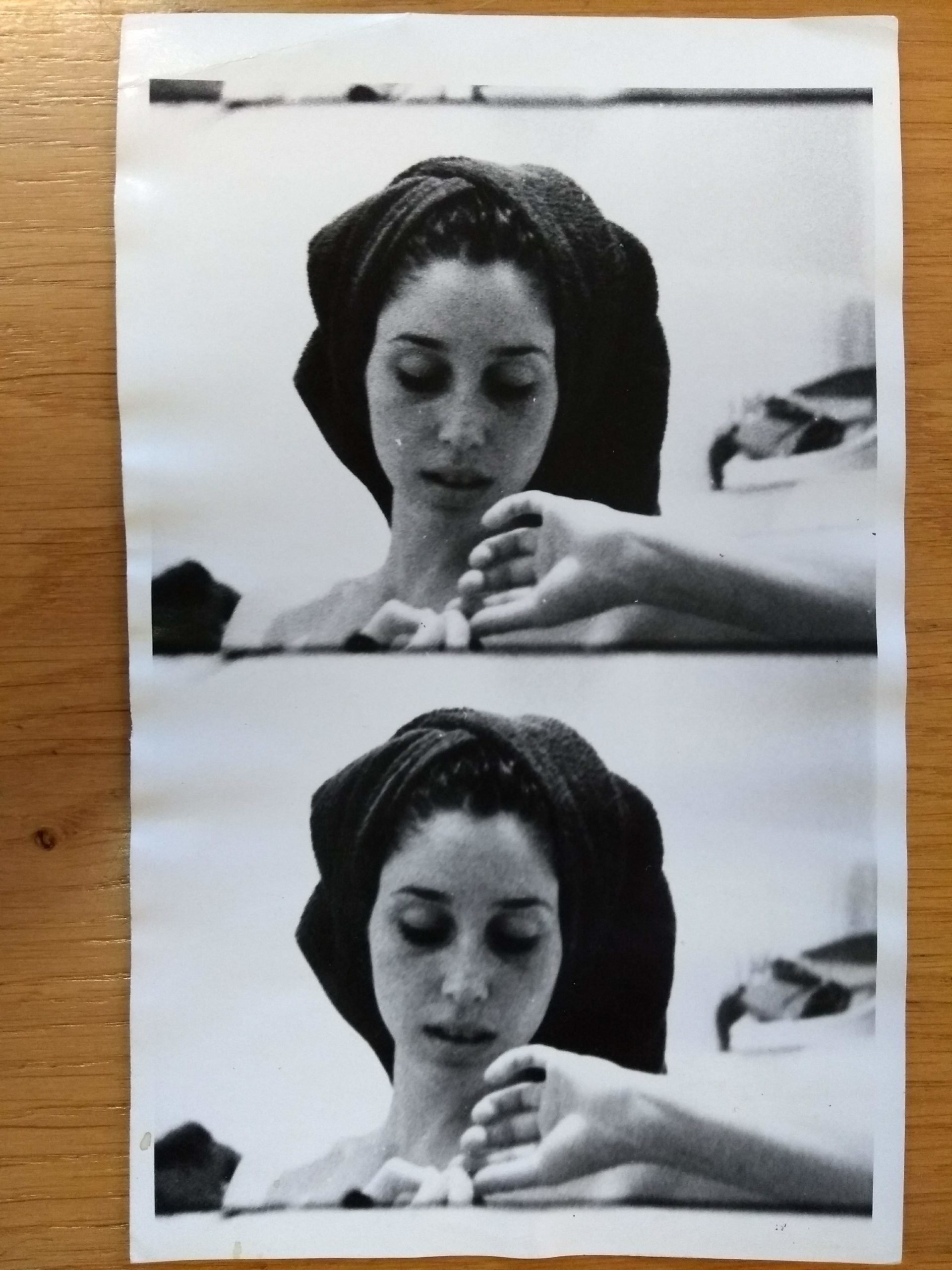 A few weeks later, in June and July 1967, Gladstone and Dixon, and Dwoskin and Geesin, were variously involved in two festivals at the Round House in Camden: Angry Arts Week and the Dialectics of Liberation. The latter was a congress that brought together the likes of Stokely Carmichael, Herbert Marcuse, and R. D. Laing – who at some point had become Gladstone’s analyst, or anti-analyst as it might be. Angry Arts Week, held in protest against the Vietnam War, included Geesin playing guitar in support of Brenda Dixon, plus a performance by the Barbara Gladstone troupe. Dixon also took part in the artistic centrepiece of Dialectics of Liberation – a happening arranged by Carolee Schneemann, another New Yorker, on the last night of the congress. Dwoskin and Geesin were billed as assistants; whether or not Dwoskin had known Schneemann in New York – she went on to appear in Times For in 1970 – is another thing I don’t know.

Schneemann was devising and rehearsing the performance as the fortnight-long festival wore on through the second half of July, and it was amid it all, on 24 July, that Dwoskin shot Me Myself and I, over the course of eight hours in Barbara Gladstone’s bathroom. She appeared opposite another performer from the Schneemann happening, Neil Hornick, then Brenda Dixon’s boyfriend – they had also performed in a piece of his own devising during Angry Arts Week. As Hornick wrote ten years ago, after meeting Dwoskin for the first time since the late 1960s, the concept was Buñuelian: the couple would be confined to the bathroom for 24 hours, with “no expectations of what would happen – it was to be a genuine filmic experiment”. Apart from other considerations, 24 hours adds up to a lot of film, and Dwoskin at that time was using a wind-up Bolex that could manage only 100ft at a time. 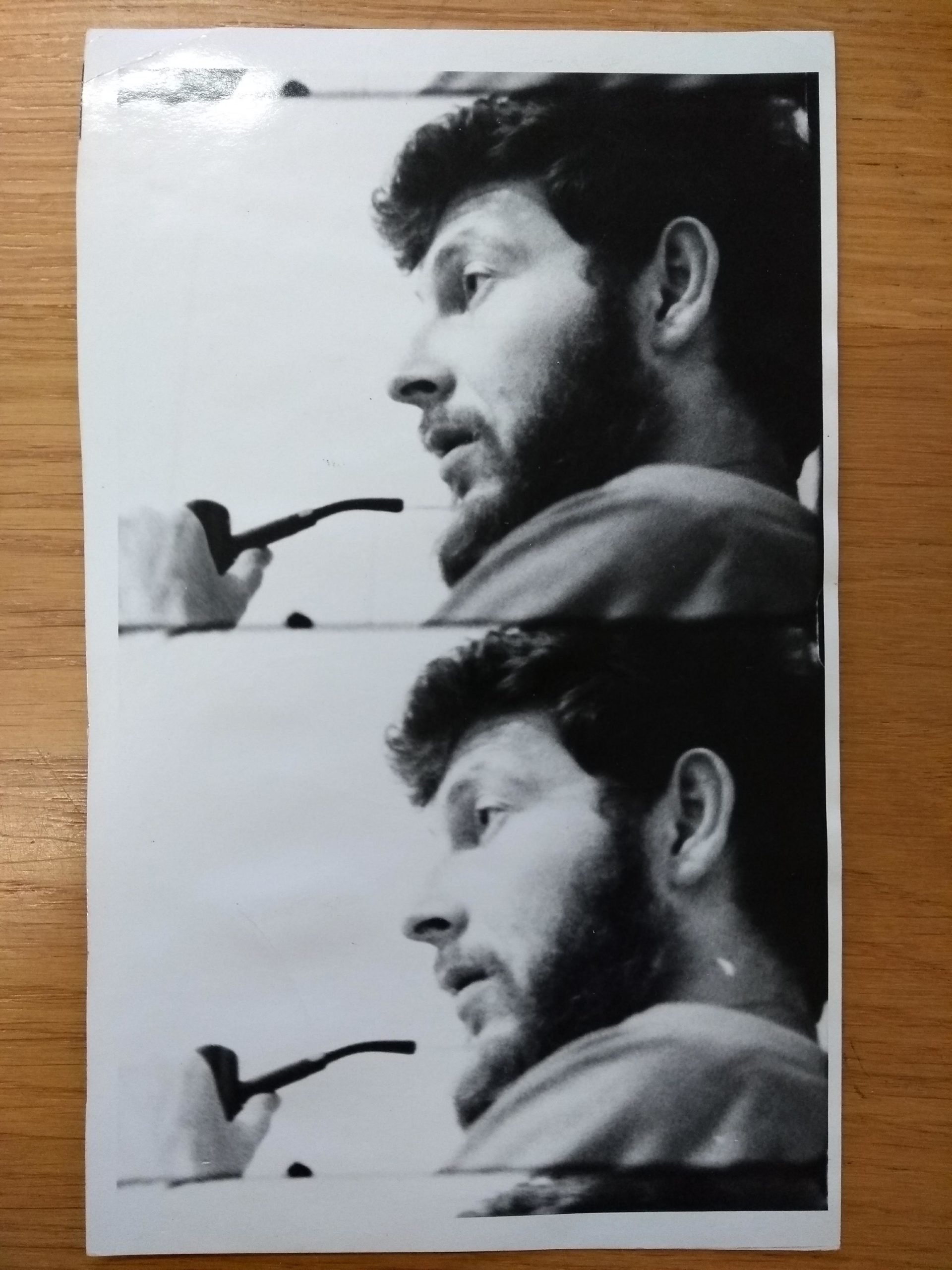 Hornick, following up an interview with Rachel Garfield and Darragh O’Donoghue, has written, quoting from his diary that “We began at ‘12.20’ (presumably midday rather than midnight) and finished at ‘9.30’ – so we were at it for more than nine hours. That same evening I went to the Roundhouse ‘to see Carolee’s Blue Film’ (this was Fuses).” It was possibly the first time Fuses was shown anywhere.

It was a long time before Me Myself and I – with a score by Ron Geesin – was shown. A year after it was shot, in mid-1968, stills from the film were printed with an introduction and commentary by J. G. Ballard in the short-lived magazine Running Man, under the title ‘The Bathroom’. Dwoskin, as a graphic designer, was sometimes commissioned by Ballard’s partner Claire Walsh, and through her Ballard was shown the rushes. In Ballard’s hands, Gladstone and Hornick became “Roger, a young British actor, and Louise, an American medical student”, and Dwoskin’s work was reimagined as part of the universe of The Atrocity Exhibition, the compilation of linked pieces that Ballard was then in the process of publishing. ‘Crash!’, the germ of the 1973 novel, made its first appearance in the ICA’s ‘eventsheet’ for February 1969 – alongside the news that the venue would that month host Me Myself and I’s premiere. 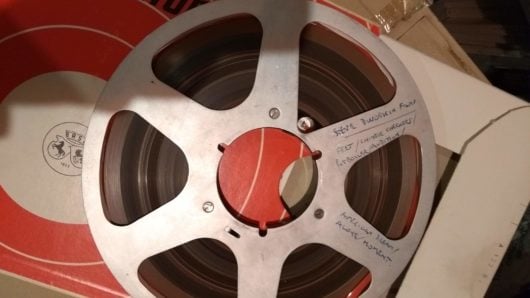 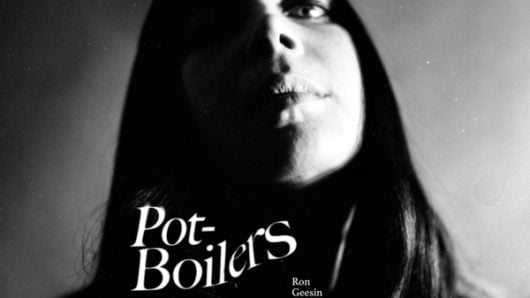