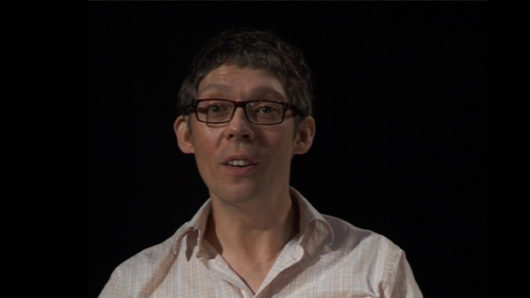 ’In ‘Why La Bamba’, the musician John McKeown is fed lines by Elkin from a Dustin Hoffman interview from 1975. The work is a meditation on roleplaying, performance, improvisation and the talk show – all common themes within Elkin’s practice. The formal transactions within the convention of the talk-show of image-making and influence are reworked and abstracted, as McKeown and Elkin joke their way through the process. The work is scored by McKeown’s take on La Bamba, which was selected by Hoffman on Desert Island Discs in 2012. He related that he used to skip to the song on film sets between takes to ‘stay loose’. 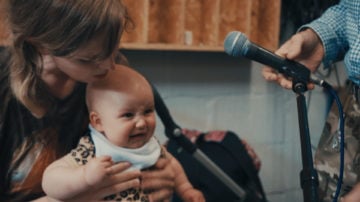 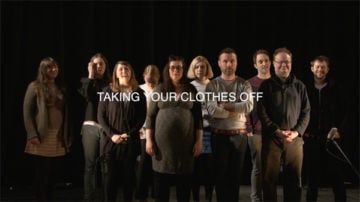 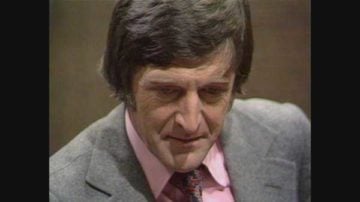