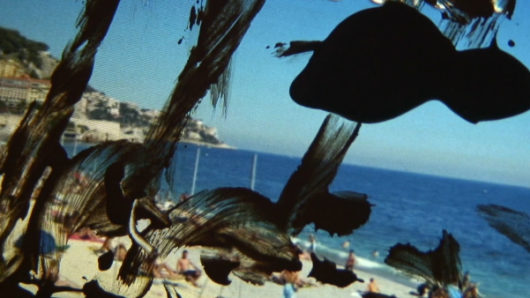 Laure Prouvost created a dark muddy room at Grizedale Arts, which forms the setting for this new video work. The room is conceived as the living room of Prouvost’s fictional grandfather. This invented relative is described as a conceptual artist and one of Kurt Schwitters’s close friends. Prouvost’s work draws upon the dual aspect of Schwitter’s work – his celebrated Merz works, as well as his conventional portraits and landscapes. The room also shares the features of a tea room, inspired by Schwitter’s companion’s nickname, Wantee , due to her habit of asking, ‘want tea?’ Prouvost combines language and images to construct invented storylines that seduce and disturb, whist exploring the slippage between fiction and reality. In this new installation Prouvost investigates how an artist has little control over the way their work is perceived in years to come, and the way what is considered art changes over time. Tate Britain