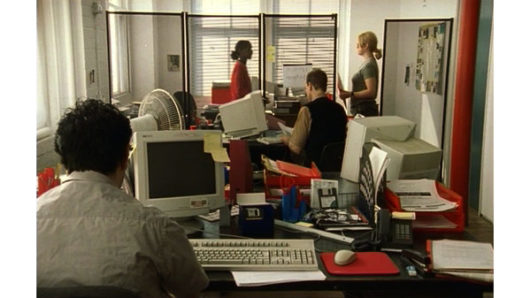 Wake-Work is a 16mm film that explores what it means to work. Its subject matter is one building, 18 Shacklewell Lane, a converted warehouse, and the people employed there. As a cinematic portrait the film cuts across genres of documentary, art and drama to provide an intimate social document of the changing working patterns taking place in east London at the start of the twenty-first century. It addresses work as a form of theatre and depicts how the rhythm of human activity is affected by the physicality of architecture. The sound track is composed of 12 characters’ testimonies edited together to create an imaginary discussion that reflects on role-play, identity, and power in the workplace. Through depicting cigarette breaks, generic meetings and office spaces the film draws attention to how characters communicate without words, and the potency contained within their mundane actions and momentary glances. The ‘naturalness’ of the voices, combined with the overtly staged but restrained dramatisation of people moving through their environment present the viewer with an ambiguity as to exactly what they are watching. What results is an epic account of the everyday. 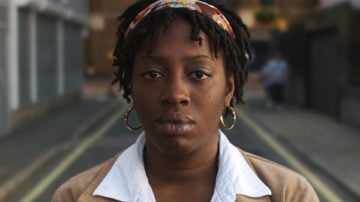