Valley of Castles (Hunting Eagles) follows the artist’s journey in South-eastern Kazakhstan to film traditional Kazakh eagle hunters. Falconry originated in Central Asia spreading across the mountains and steppe through to Europe. The film captures the relationship of trust and respect between hunter and berkut eagle. At the same time, the idea of an authentic experience for the artist or viewer, or an authentic view of Kazakh culture, is challenged by the conflicts that unfold during negotiations to film the event. There is a sense of a charade being acted out for the Western filmmaker; although who is performing for whom, and who is in control, is open to question. The switch between languages, from Russian – historically the colonial language – to Kazakh and English suggest a complex geo-political legacy. After the journey through a dramatic landscape of snow-capped mountains, the party reaches an empty canyon, and the film shifts focus away from the human drama to the eagle and its handlers. In the final shots, the eagle carries a miniature camera and films its own participation in the ancient ritual. The work pursues the invention and performance of cultural identity. Meanwhile, it charts the projection of expectations on to people, on to the symbol of the golden eagle, and on to the cinematic image itself. | | 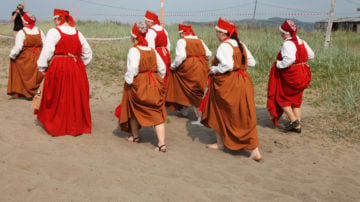 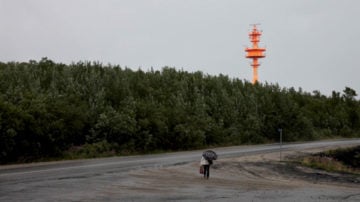 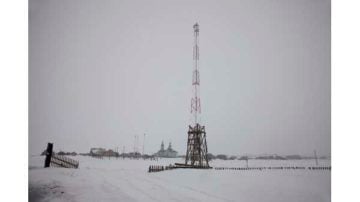 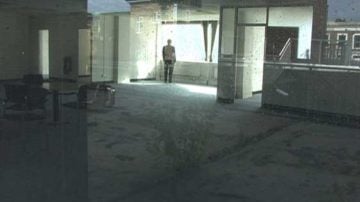 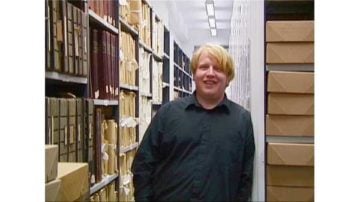