Through a Shimmering Prism, We Made a Way

Three sisters move through public/political space – a square, bridge, garden and hill- in this exploration of Black diaspora. Taking as its starting point empty carnival and parade routes in London, United Kingdom and Nassau, Bahamas, the film reflects on progress, the architectural histories of colonialism, and the female body in public space. Glass, mirror and stone are imaged in Super 8mm film, where texture and surface are used as a strategic way of moving through these four spaces.Through a Shimmering Prism, We Made a Way is titled after Dionne Brand’s book ‘A Map to the Door of No Return: Notes to Belonging.’ It is a film about Black diasporic movement. There are many Black diasporic sources unspoken but visibly (or audibly) present throughout the film. The green parakeets of London, Windrush Square (the site of the Black Cultural Archives), 12th Century French Cloisters now located in the Bahamas and the Parliament buildings which are the judging site of Junkanoo- a kind of celebration which happens in the Bahamas each year. Gathering these disparate sources together is a worlding device used to articulate the privileges as well as the difficulties of living in diaspora.

Here is the Imagination of the Black Radical 2020

A Protest, A Celebration, A Mixed Message 2018 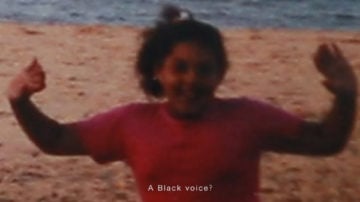 The Image that Spits, the Eye that Accumulates 2017 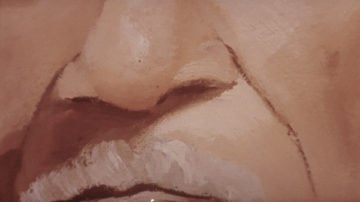