LUX » Works » This is Now: Film and Video After Punk

This is Now: Film and Video After Punk

Available for hire from August 2015

LUX is pleased to present This is Now: Film and Video After Punk, a major new touring project that looks at artists’ film and video from the post-punk era (1979–85). The project comprises seven screening programmes and is developed in partnership with the BFI National Archive.

In the early 1980s, clubbers, art students, New Romantics and members of the post-punk scene used inexpensive, domestic technology to find new modes of expression and subvert the mainstream media. Independent VHS tapes were released, stridently bypassing censorship, and Super 8 film was embraced as a cheap yet distinctly lyrical and direct new medium. The DIY approach of punk was powerfully reborn.

The period also saw new perspectives and voices emerge. More female, gay and black filmmakers pushed themselves forward and often they were friends; squatting flats, clubbing and developing new styles and techniques together. When not working with Derek Jarman, John Maybury and Cerith Wyn Evans led the charge amongst the Super 8 crowd, casting friends such as Leigh Bowery and Siouxsie Sioux in fragmented, dreamlike scenarios. Isaac Julien and Grayson Perry also made films as did major pop video director Sophie Muller in her early days. Meanwhile artists from the short-lived, but highly influential Scratch Video movement cut-up and transformed material appropriated from popular film and television to produce dense, rhythmic and often witty montages.

These programmes focus on work from the early 1980s that explore the blurred lines between media images and identity, creating new dialogues between the self and the world. It was an uncertain, politically contentious time; a time in which – very much like today with the internet – technology appeared to ease life, yet also created gaps between people. Artists considered what images and technology could mean and be in their fullest sense.

The majority of the Super 8 and 16mm films in these programmes have been out of circulation for thirty years and have only recently been digitally scanned at 2K and remastered. The project forms part of the BFI National Archive’s ongoing work to restore significant yet marginalised areas of historical British experimental film.

Performing the Self
New ways to think about identity, the self and the body were all part of punk’s powerful legacy.  These imaginative, diverse pieces show how artists played with ideas of performance, forging a dynamic new pop art film culture that was snappy, stylish and existential.

Home Taping
The mainstream media was treated like a giant library to be plundered for provocative play and subversion in the early 80s. Whether filming their TV screen with a Super 8 camera or by deftly copying tape-to-tape, artists grabbed and juxtaposed disparate material to disrupt the dominant ideologies of the age and create new visual music. Includes notable examples of the Scratch Video phenomenon, including works by George Barber, Gorilla Tapes and the Duvet Brothers.

Just Images
The moral, political and symbolic integrity of the image itself is explored, attacked and undermined in these very richly textured films. John Maybury casts friends Siouxsie Sioux and David Holah in one of the singularly most stunning and ambitious Super 8 works of the era: Court of Miracles. Young filmmakers bring on the post-modern age.

** Please note that this programme may be subject to change.

Before and After Science
Grayson Perry, Anna Thew and Steven Chivers present stunning, lo-fi and strange new fictional worlds. In this programme, arcane beliefs, folk tales and a post-apocalyptic scenario shot in run-down London all provide welcome counterpoints to the rigidity of modern, patriarchal Christian society.

Through a Glass, Darkly
Provocative filmmakers in the early 1980s treated the moving image like a mirror or a crystal ball; a surface of divination through which to probe inside their own mind and that of the viewer, evoking metaphysical journeys and challenging the limits of the body. This programme includes particularly, strong, challenging work that was originally connected to the industrial scene.

** Please note that this programme may be subject to change.

Entering the Dream Space
Weaving together film and video, often utilising religious imagery, and introducing colour, effects and surface texture, filmmakers generated a new, vividly transcendental style by the end of the post-punk era. Key examples of this sensual, visually mature work are presented alongside other dynamic pieces that explore the dreamlike state. 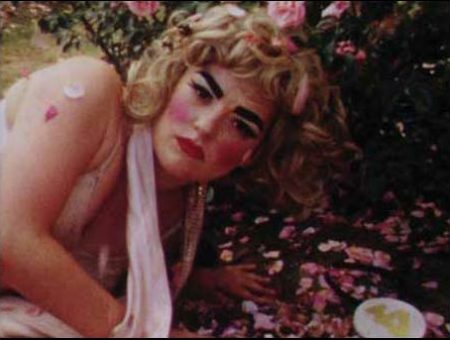 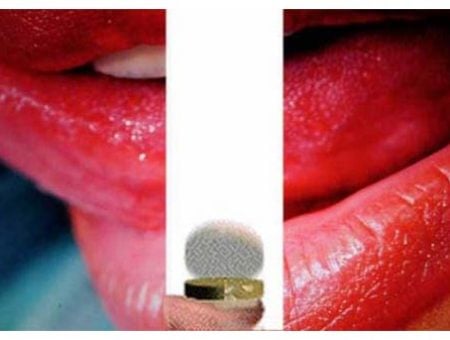 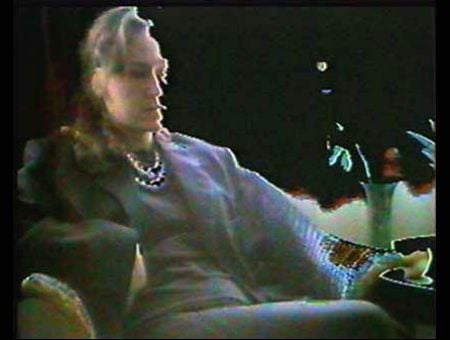 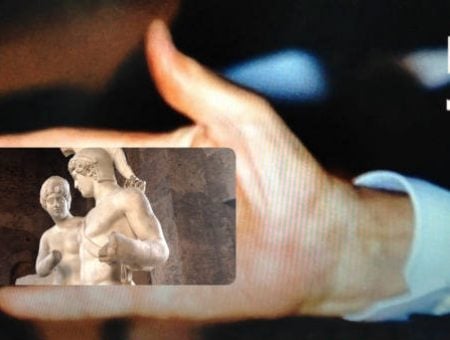