The Sadist Beats the Unquestionably Innocent 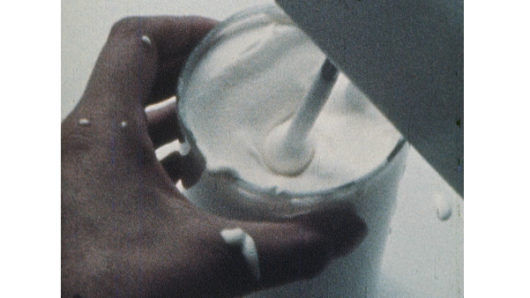 This title is a sentence from a book on human perversions. I was still using the same 30 second automatic shutter release. This film is about sweet cream becoming butter. Coming from the cow, as part of the milk, as food for the calf, it is bottled in a carton with the word schlagsahne on it. It is beaten with an electric whisk until the fat separates from the fluid.
When I saw the film, I realised , that the electrical power is anonymous. You can no longer see the force which is used to transform the material. – M.R . 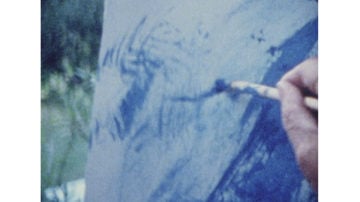 Oh Death, How Nourishing You Are 1972 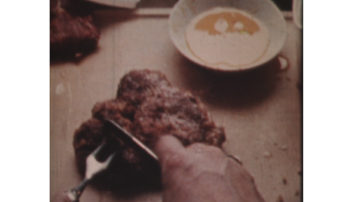 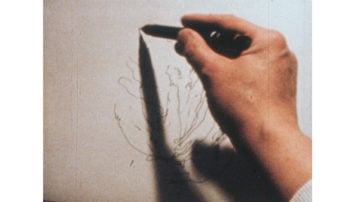