The Inevitability Of Colour

“John Wyver had investigated the ideas of Walter Benjamin’s famous 1936 essay in his opening programme for La Sept, ‘L’objet d’art dans l’age Electronique’. The object of art in the age of mechanical preproduction was updated by interviews with Jean Baudrillard and Paul Virilio. I saw holes in the argument and promptly wrote to Channel 4, who, with the Arts Council gave me the money to create a response to Baudrillard’s basic notion that through its over use and ubiquity, the image no longer had meaning. My argument was that it was not the image that had ever held meaning, as if a vessel held anything other than its contents, in this case a form of data, but that the consciousness that looked upon the image had the capacity to vest meaning and significance wherever it chose. Therefore I set about constructing a meaning system derived from the construction and repetition of grammar within a random set of images. This was a revisiting of some concepts in a very early work of mine, Presentiments (1977). I also used a Platonic form of dialogue the greeks had used by situating my arguments and tales in the mouths of angels, gods and men. The end of the work looks at the contemporary form of film and video, television and cinema is a mythic form – in fact the myth of Echo and Narcissus is a prototype early medium – where sound is Echo and Image is Narcissus (Echo is punished by Here so that she may only echo the words of other with her own vision and Narcissus is enchanted by his own image – when Echo comes upon Narcissus and falls in love with him, as he speaks to his image so she echoes in his words her love from him – a very early feedback loop). This work premiered on Channel 4 then went on as the first part of The Colour Trilogy to Premier at the 1992 Bonn Biennale. It is now the first part of the 11 part 70 minute work – ‘Who are we to imitate God’ (1989/2009). Critically during the making of the 3 parts of The Colour Myths, the concept of the digital was being developed and The Inevitability of Colour and The Object of Desire were one of the first works to utilise basic principles of the digital – simply that repetition of use would not degrade the content. In this work there are sometimes 10 layers of imaging.” – Terry Flaxton 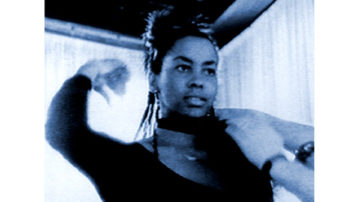