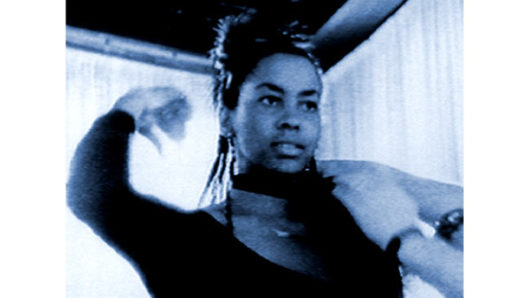 The initial inspiration of this early work by VIDA (Flaxton, Cooper and Deadman) was in fact a critique of fashion and the fashion industry (to also be seen in ‘Talking Heads, 1978/9). Having described the back stage and hidden act of preparing what was to be paraded on the catwalk in a monochrome style (blue and white as opposed to the more familiar black and white), Vida with several other notable makers (Theo Eshetu for instance), dive through into colour and the glamourising of the female form (in an act similar to that tried out with the function of interruptions, developed in Presentiments 1977). To fully underline their critical stance, Flaxton and Vida ustilise a piece of music by Kraftwerk – Showroom Dummies – which talks of showroom mannequins coming to life when no-one is viewing them. 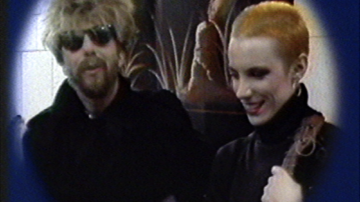