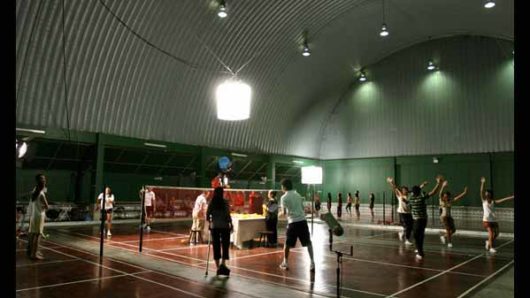 Apichatpong Weerasethakuls The Anthem is a celebration of film making and the collective viewing experience. An old lady is planning a ritual to channel energy to the audience to give them a clear mind. In a large set piece the old woman performs a ritual with friends as young men dance to an especially composed electric soundtrack both in praise of the Cinema God. The ritual is supposed to make a very bad film — such as many Hollywood fares — watchable, and make a good film a masterpiece.