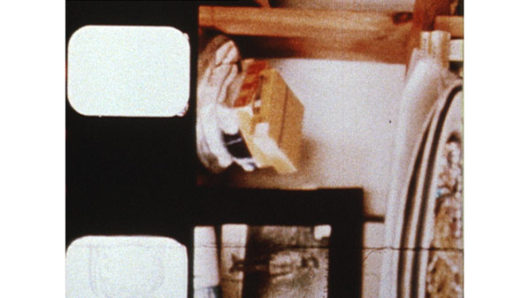 A continuing sequence of tactile films were made in the printer from my earlier material. 35 mm slides, light leaked film, sewn film, cut up to 8mm and 16mm fragments were dragged through the contact printer, directly and intuitively controlled. The films create their own fluctuating colour and form dimensions defying the passive use of “film as a vehicle”. The appearance of sprocket holes, frame lines etc., is less to do with the structural concept and more of a creative, plastic response to whatever is around. 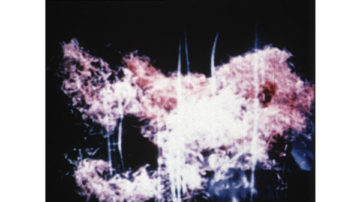