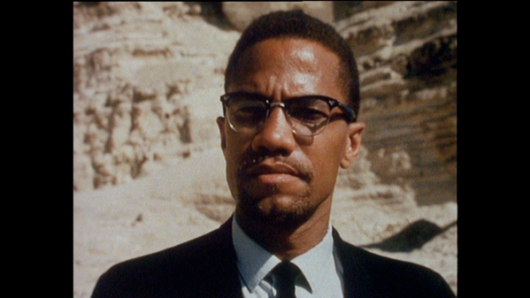 The Collective’s seventh film envisioned the death and life of the African American revolutionary as a seven part study in iconography as narrated by novelist Toni Cade Bambara and actor Giancarlo Espesito . The film collects testimonies, eyewitness accounts and dramatic reenactments to tell the life, legacy, loves, and losses of Malcolm X, featuring interviews with his widow Betty Shabazz , Spike Lee and many others. The stylized tableaux vivants that memorialise Malcolm’s life referenced the early 20th century funeral photography of James Van der Zee’s The Harlem Book of the Dead and the elemental static cinematography of Sergei Paradjanov’s The Colour of Pomegranates. 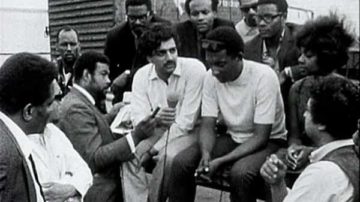