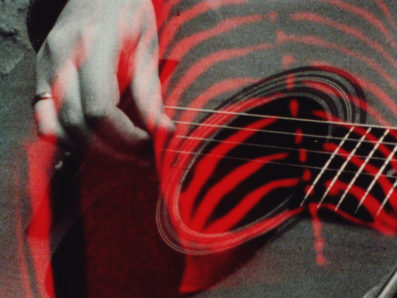 Serpent River lies in what seems like unspoilt territory in North Ontario. White-water rivers crest elemental rocks. But Serpent River springs out at a Uranium Mine and its tailings (radioactive waste). The buildings of this self-styled “Uranium Capital of the North” are the Rio Tinto Zinc Company.
Film begins and ends suspended in panes of ice it is Winter. The woman worker moves through an icebright, cosmetically clean-looking town. Middle of the film is fiery and sulphurous: these are the toxic fields of the Acid Plant, built on native Canadian land, to serve the “leaching out” of Uranium. The purity of the river and the innocence of the children playing on the ice, is mutated.
Diane is the first woman uranium miner. Her voice, and that of Dr. Rosalie Bertell, the radiation expert, intertwine around the effects of this mining on the body and workplace. Diane is proud of the muscles she has built up. The woman physicist gently touches X-Rays of her friend, opening her chest to reveal the biological truth of radiation bombardment.
There is no matting with video. Its all done by filming the same strip in 16mm portable Bolex or by using Optical Printer for sequences of 3 minutes at a time. The raw images are shot in natural light outdoors or in a simulated medical X-Ray department.
Trips to Serpent River, the Uranium Mining town, in subzero winter – and then Post-Production colour and editing techniques – all took over one year and just under Â£15,000.
All the sound-elements are local:- Rio Tinto Zinc trucks churn the land, and there is no control by the “Control Room” of the tailings oozing into the drinking water. The film combines Black & White mock-archive (shot now by film-maker) and a riot of colours evoking “Rio Tinto” – “tainted river”.
Looking like luminescent or blood-red capillaries, the River snakes its way over an atomised country. To act like a film-printing matte for the children and the woman’s body, seen as a moving X-Ray or ghost in a ghost town. – S.L.
Shown on Channel four (1990), London Film Festival (1989), Berlin Film Festival (1990), Arts Council French Institute premiere (1990), MOMI educational screening, 4 Corners (1989). 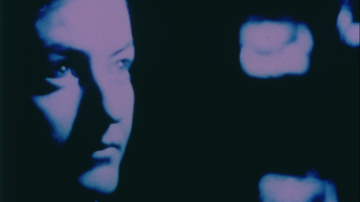 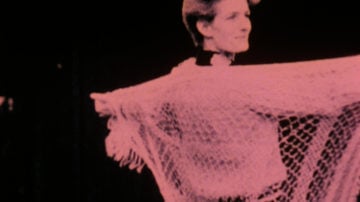